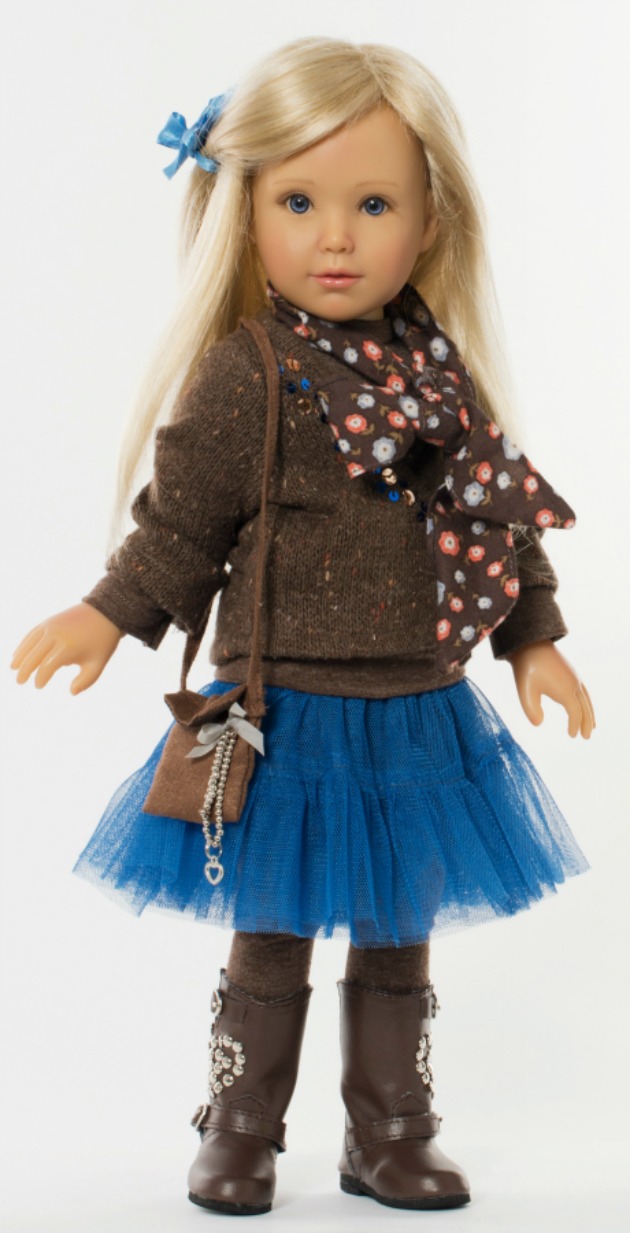 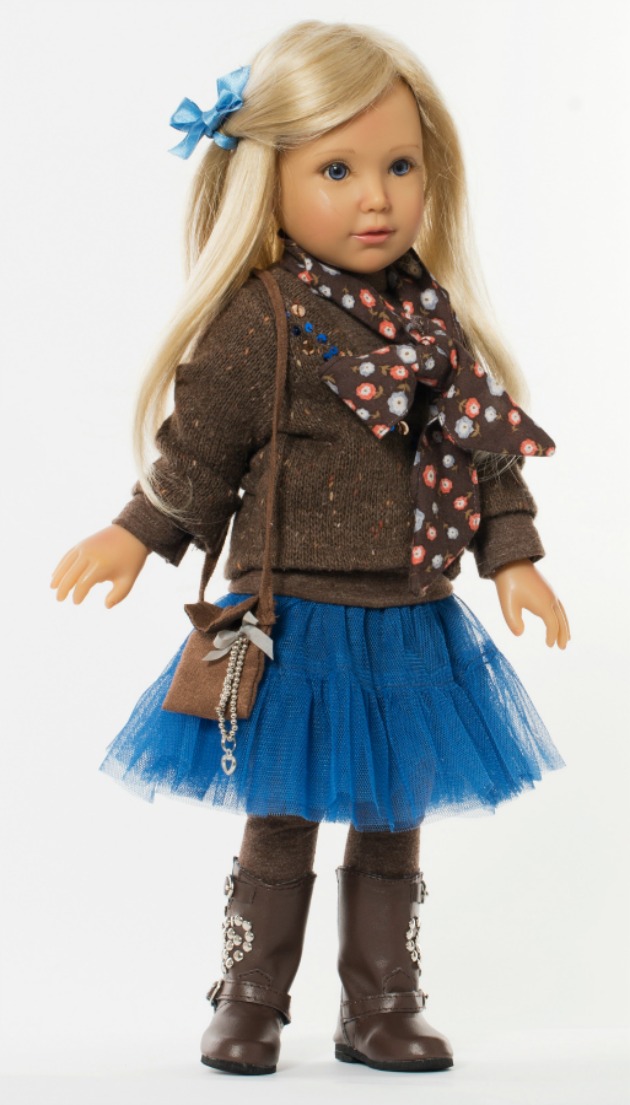 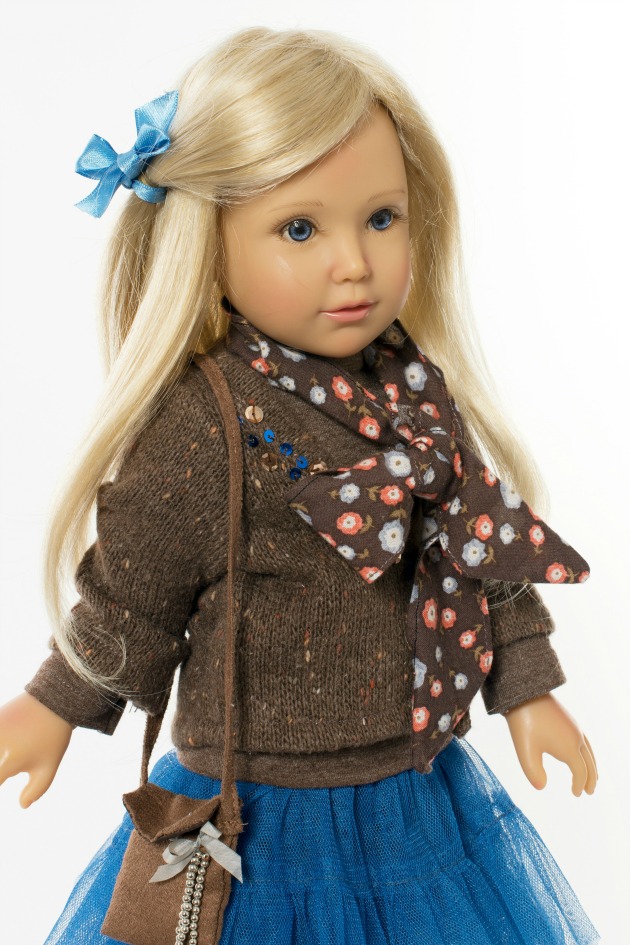 It has been a week of speculation since we heard that Kidz 'n' Cats would be introducing a Limited Edition Kidz 'n' Cats doll.  There's nothing like a bit of waiting to induce excitement and intrigue and that's exactly what has happened this week.

To recap on the two announcements this week: First, Kidz 'n' Cats dolls will be handmade in the Hartmann's Berlin studio from now until Christmas as their manufactured dolls have virtually completely run out with no time before Christmas to manufacture them in the Far East. The dolls will be made  very much in the likeness of the 2013 models with some variations to the clothing fabric and these dolls will be available at the end of November.

Second, the news that Kidz 'n' Cats are making a very limited edition doll by the name of Henriette and she is available to order now until only the 6th October 2013.

You can choose between three different eye colours: blue, brown and grey-green.

Henriette is dressed in underwear first, then a long sleeved t-shirt, a brown knit cardigan, a layered blue tulle skirt, brown scarf with blue and apricot flowers, brown tights and tall brown embroidered boots and a shoulder messenger bag with a charm on it. In her gorgeous long straight hair she has a blue ribbon.

Limited Edition Henriette can only be customised between September 14th and October 6th 2013. The delivery of all Henriette "Wunschpuppe" dolls starts at the end of November 2013. At the end of the special order time Henriette will only be able to be ordered in a standard design with light blonde hair and blue eyes and she will come without the signature and certificate. THIS IS NOW NOT THE CASE AS ALL 300 SOLD.

If you would like to order a Limited Edition Henriette doll all you have to do is visit My Doll Best Friend and make your choices.

Although made for the play doll market, due to their fine quality Kidz 'n' Cats dolls are rapidly becoming collector's items and our guess is that Wunschpuppe Henriette is set to become the most sought after doll in the future.

Please note, we have received an update from Heart & Soul: there will not be any non limited edition Henriette dolls. Please see Henriette Sold Out for more information.