Jessica and her friends were playing in the snow today with Willy, Clara's dog.
She started rolling a ball of snow and as the snow stuck easily she thought she'd make a snowman. 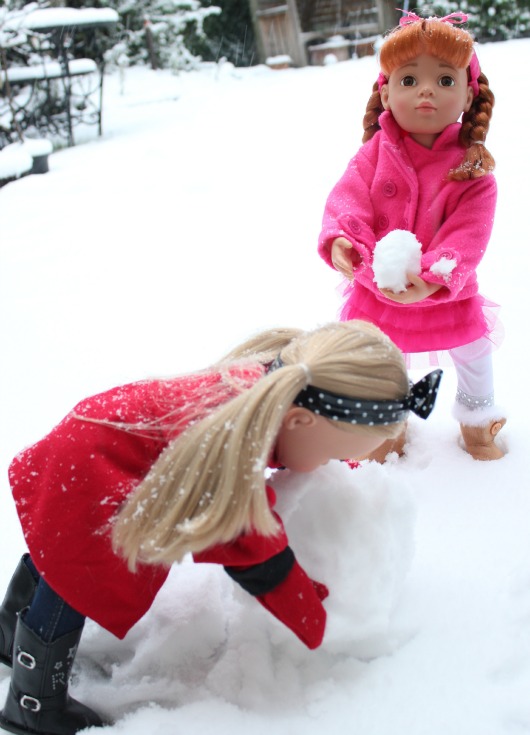 Sophie had other ideas; namely sabotage! 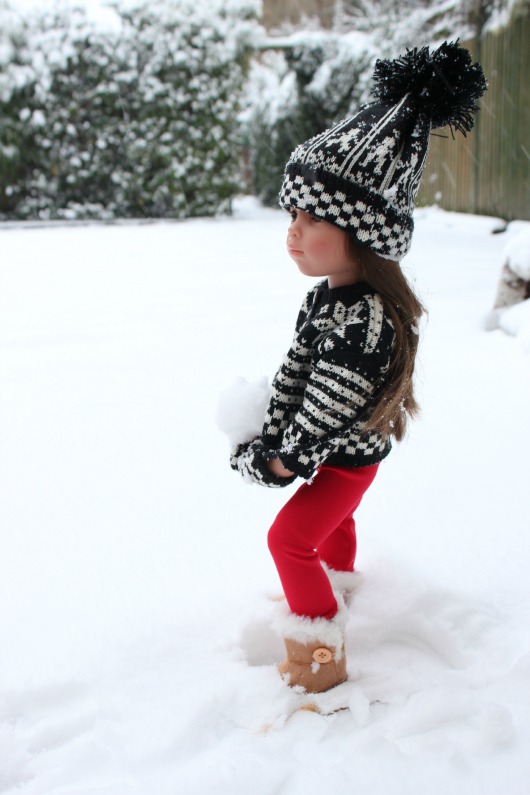 Sophie and Clara got stuck into a snowball fight but unfortunately for Hannah she got in the way and bore the brunt of the attack! 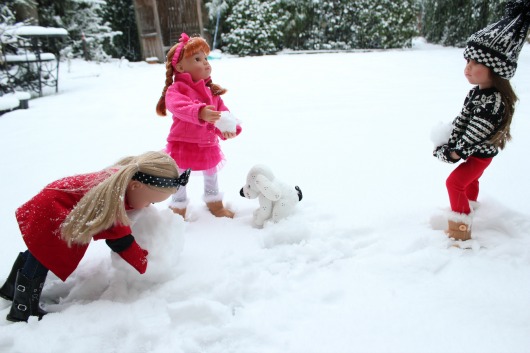 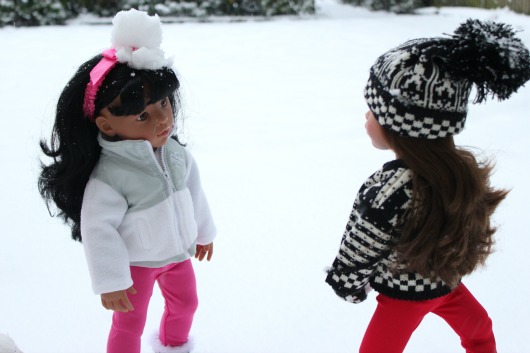 Jessica, known for her calm Libran disposition ignored the flying snowballs and continued with her snowman creation. 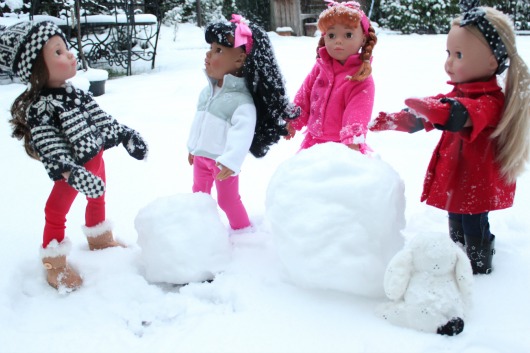 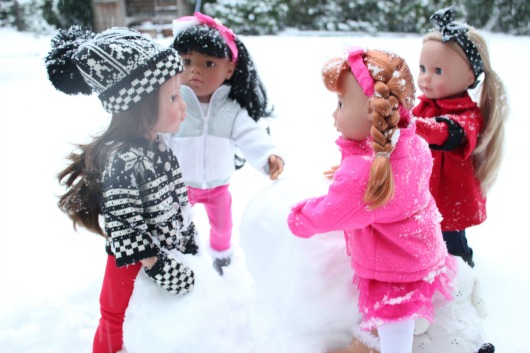 She got as far as two large balls before she had to interrupt her friends' fun and ask for help lifting the head of the snowman onto its now enormous body.  Mum looked out of the window and was pleased to see the girls enjoying themselves. The girls lifted the snowman's head onto his 'shoulders' and Jessica dashed into the house to raid the kitchen cupboards for some decoration to bring her new pal to life. 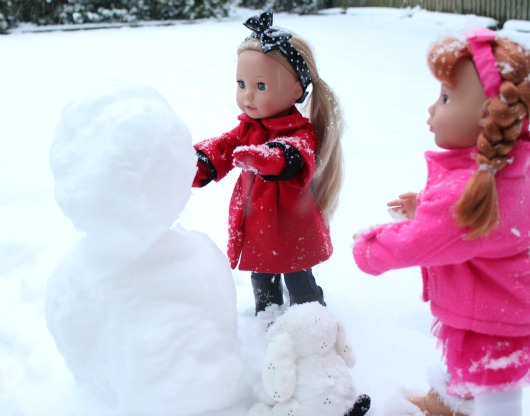 Ah the snowman looked very sweet with his raisin eyes, carrot nose and cherry buttons.  Hannah even found some twigs for his arms and a funny shaped one for his smile. 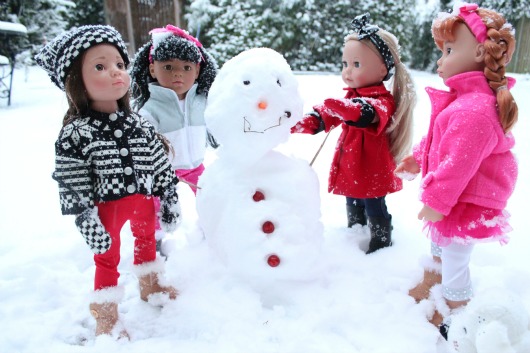 Mission complete, Sophie got back to snow balling her buddies.

A big ball was sent in Clara's direction for calling her 'Monster High Soph'!  It was true, she was feeling a bit cold now and possibly had a bluish-grey tinge to her skin.  That's what you get for forgetting your hat and gloves she thought. 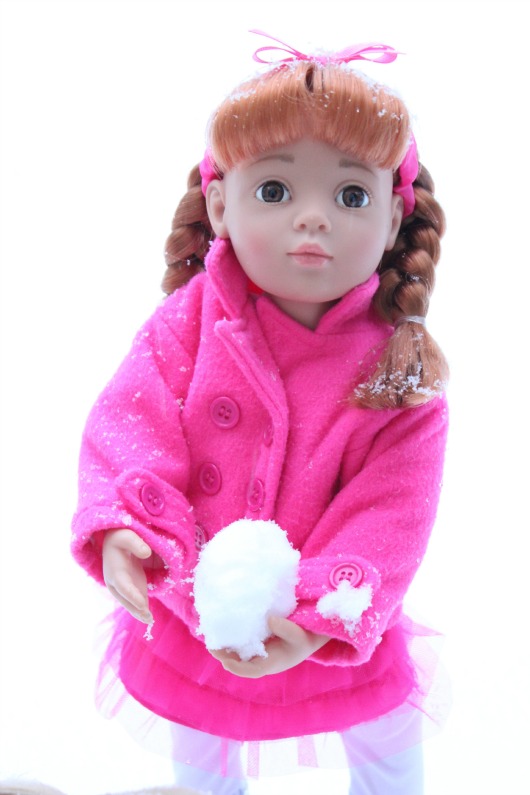 Clara asked Jessica if it would be alright to add an extra decoration to her snowman and with the 'ok' returned a couple of minutes later with a hat she had found, perfect for him (or a wizard). 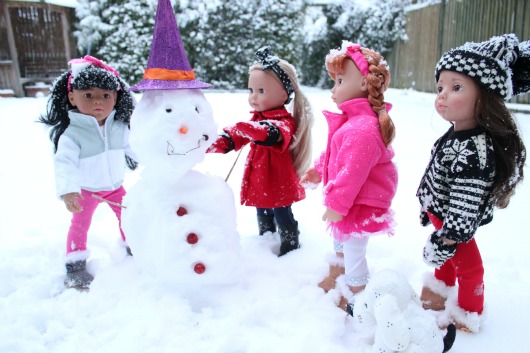 Jessica started to sing and they all joined in "There must have been some magic in that old silk hat they found for when they placed it on his head he began to dance around.  Frosty the snowman..." 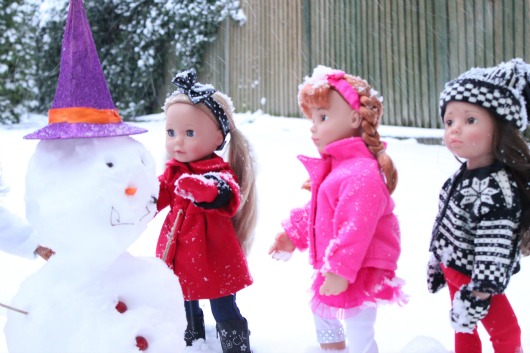 What, did their Frosty actually move?!!