The Scariest Night of the Year

This story happened at a Halloween party... it was the scariest night of the year... 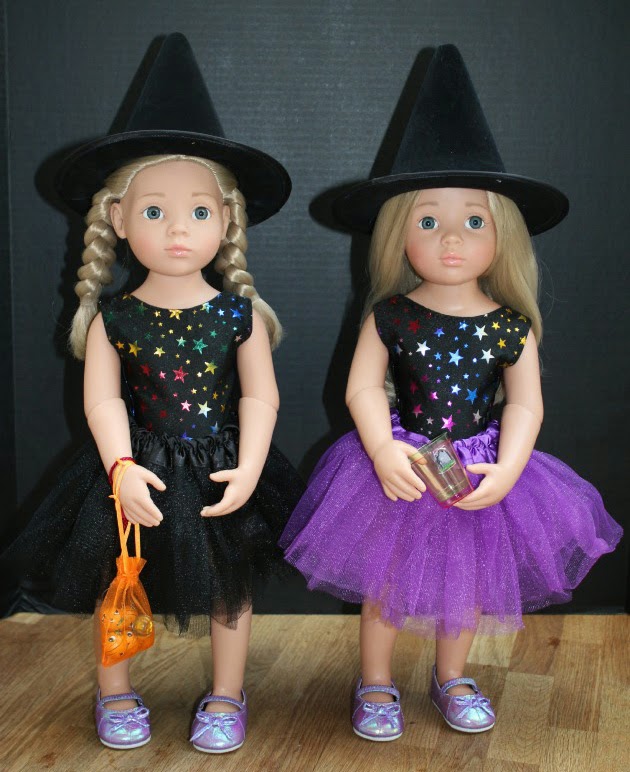 Twins Anna and Diana invited their friends and cousins to a Halloween party at their house. The dress code was witches, wizards and anything else spooky! They spent two weeks preparing so that it would be a big success. They thought of suitable Halloween games to play, food to eat and scary stories to tell.

They were very excited at the thought of the fun they'd have and wanted to dress up in the most colourful Halloween costumes they could find. They went to My Doll Best Friend where there was a very good choice for Halloween and each bought an amazing colourful outfit to wear to the party. You can see the costumes in the photos. They all looked spookishly sweet for the party, didn't they? 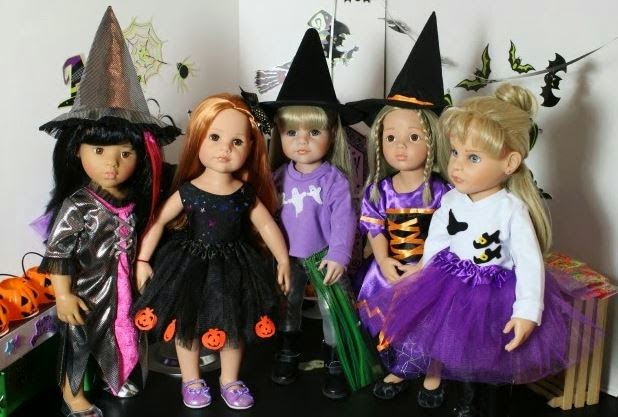 One of their cousins arrived with her black cat called Mog, a particularly appropriate pet for the night, don't you think?! Mog soon made friends with Anna's Calico kitty called Tiger and both went outside through the cat flap to play. Most of the girls dressed up as witches while Robby chose a skeleton outfit to wear which was very original and the girls hadn't seen one like it before. They had eaten the party food and were in the middle of telling scary stories of things that moved in the night, when they were halted by a loud crashing noise from upstairs followed by some very shrill squeals. They felt very frightened! Nobody wanted to go upstairs to find out what the noise was but sadly for Robby being the only boy and outnumbered, the girls sent him upstairs. 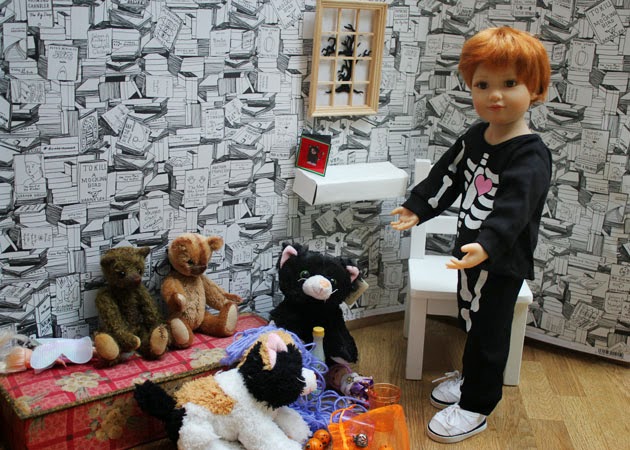 He looked around the house to find the cause of the startling noises. He found his answer in the last room he searched - which was the twins' bedroom - it was the noise of the cats who'd jumped in through the open window, frightened themselves and were now making an awful mess in the room! They must have had a fright being that high up on the roof. How did they get in through he bedroom windo? The cats must have come in on a broomstick to be able to get in through a window that high up! 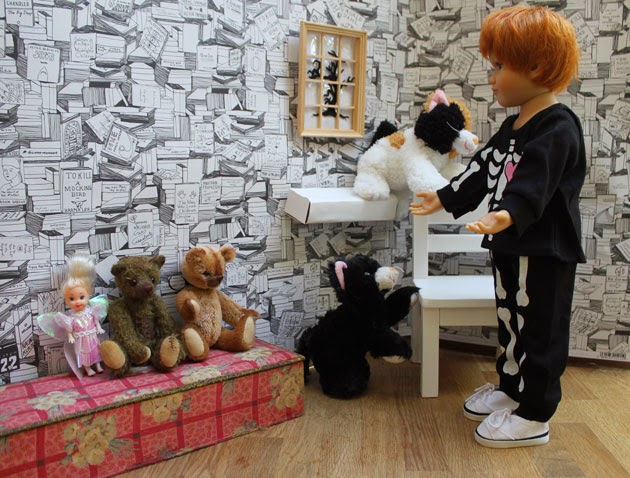 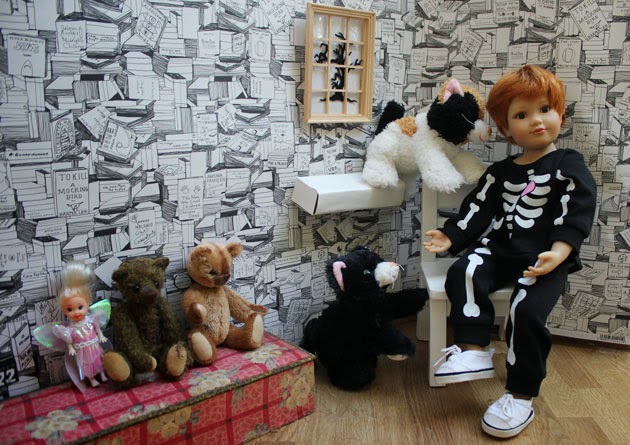 Robby laughed and went downstairs with Mog to tell everyone what he had discovered. When they heard that it was just the cats they burst into laughter at their foolishness for having been so scared.
What a great party it had been! 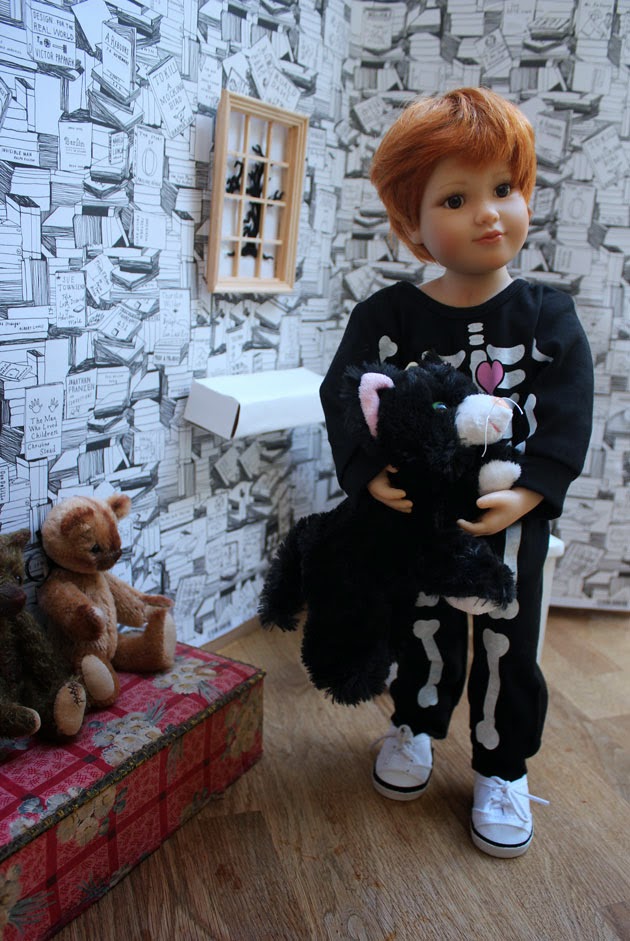 Have a scary and fun Halloween! Muahahaha...