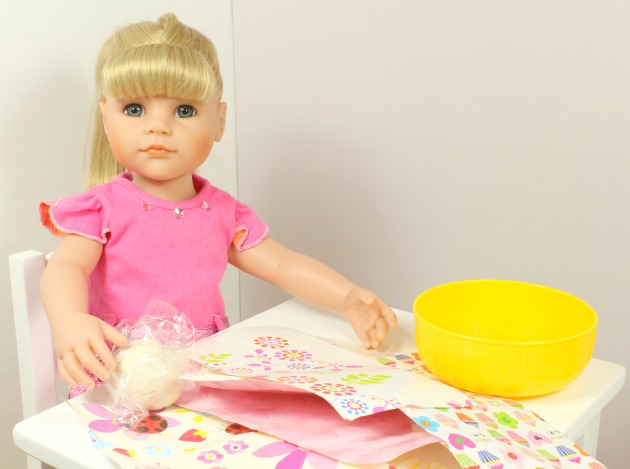 Hannah wanted to make Easter baskets to give to her friends filled with things they would like.  She thought that perhaps they could also be used to collect up any Easter eggs found if they did a scavenger hunt.
She was going to make the papier mache baskets by moulding a piece of play dough into a bowl shape and then papier mache-ing the outside area to get the round bowl shaped surface.  However, she discovered that
this would need a lot of clay so she decided to mould the inside of the yellow bowl instead.  First of all she wrapped the inside of the bowl in a layer of cling film to stop the papier mache from sticking to the inside.  She then mixed a paste mix out of 1 part PVA white glue with 1 part water.  She then tore up strips of paper that she'd been saving as they were too pretty to throw away, from unwrapped birthday presents.  By using this paper she knew she wouldn't have to decorate the basket.  You can use newspaper to make the bowl shape and then decorate afterwards with paint if you prefer.
She dipped her small pieces of torn paper into her paste solution and lay them onto the cling film on the inside of the bowl.  Torn paper is better than cut paper as it's easier to lose the edges. What she did with the paper was create a pretty decoration for what would be the outside of the basket by placing the paper right side face down in the bowl.  She did a few layers this way then she started to place the pieces of paper right side face up so that when the basket was finished it would be pretty on the inside. She perhaps did about 10 layers in all.
Then she set her moulding to rest and dry out. The next day her baskets were dry and she peeled the new colourful mouldings off the cling film.  This was the result: 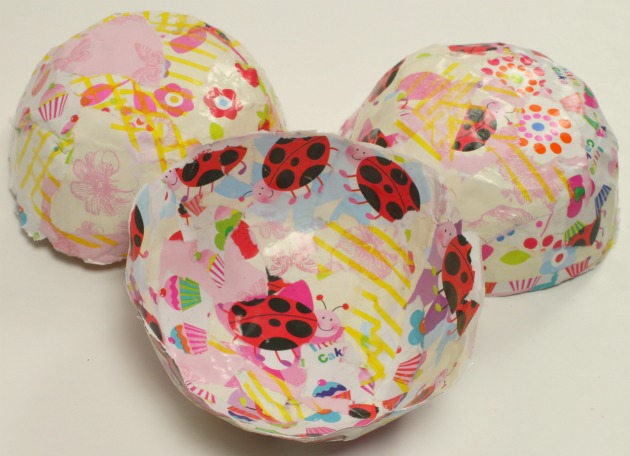 She made a pretty pattern of ladybirds torn off one piece of used wrapping paper and placed them around the edge on the inside of the bowl, with one cheeky one in the centre! 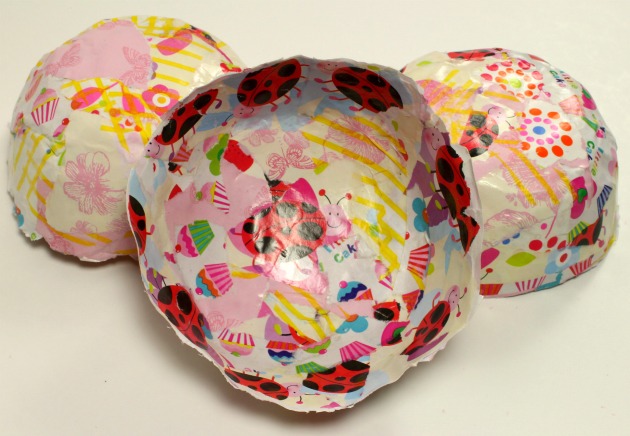 Next she trimmed the raw edges with a pair of scissors to make the edge more blunt.
Then she found some pink straw and braided three pieces leaving a little tassel at each end. You could use ribbon wrapped around craft wire, pipe cleaners or something else of your choice for the handle. 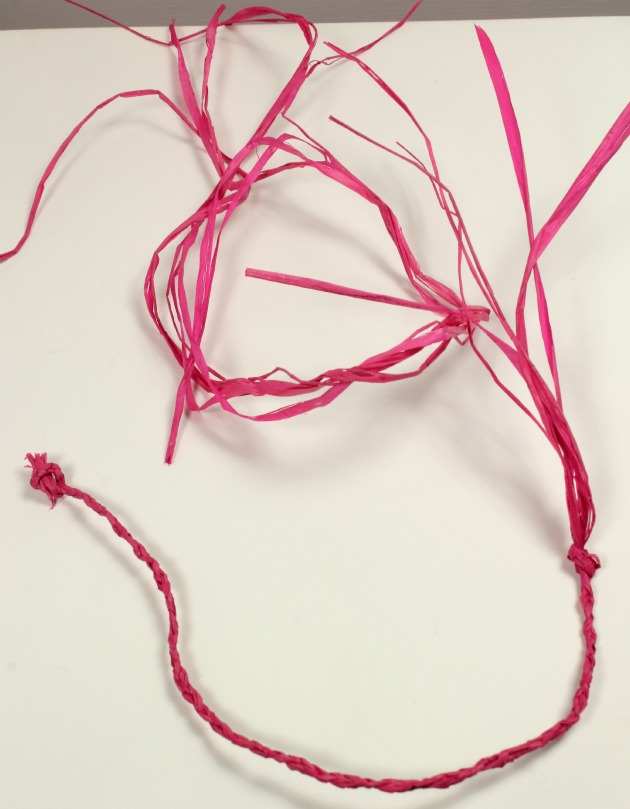 Then she took a little piece of sticky tape and taped just above the tassel to the outside of the bowl and repeated opposite to make the handles. 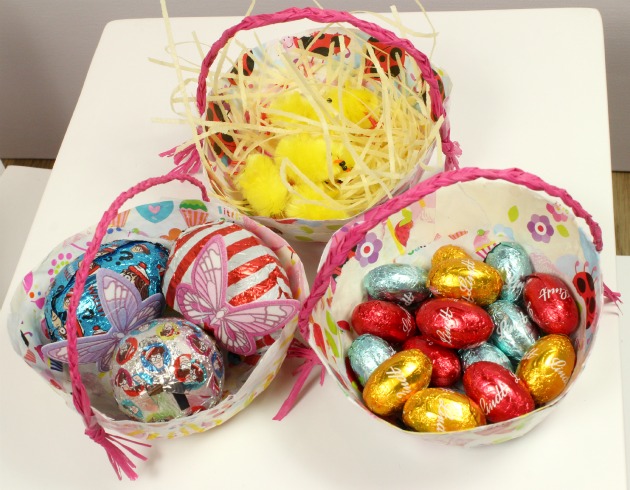 She filled the bowls with little gifts to give to her friends and sat back to admire them feeling quite pleased with herself that she'd recycled pretty used wrapping paper and made something unique and personal for each of her dearest friends. 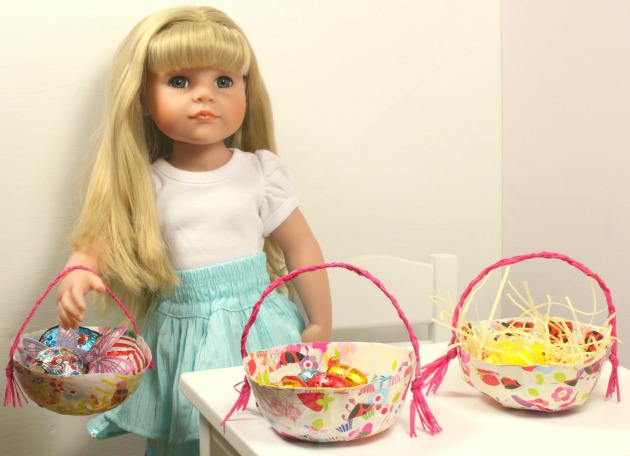