New York is one of my favourite cities, so flying to JFK New York in February on the pretext of 'work' was pretty good already- but what I would find there was going to make it even more worthwhile.
At the Toy Fair, which was the reason for the trip, I was fast learning that the wonderful world of internet meant that I was already familiar the 18" doll related companies exhibiting.  Then just before I checked out of the Toy Fair and booked a Saks personal shopping session (!) I came across a purple banner with four beautiful dolls whose images I had never seen before. 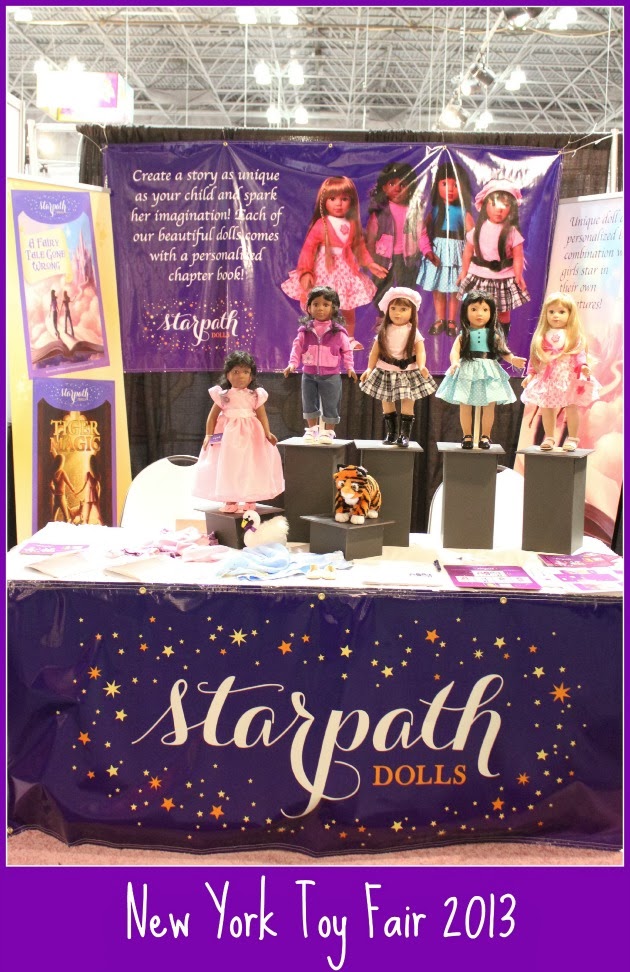 This was early on Monday morning, the second day of the 4-day show and I was back to take a second proper look around the halls, the first day having become a bit of a blur from excitement and sensory overload!  Good fortune, to see just in time that there was a half aisle of doll booths that I'd somehow missed; this purple booth was "Starpath Dolls". 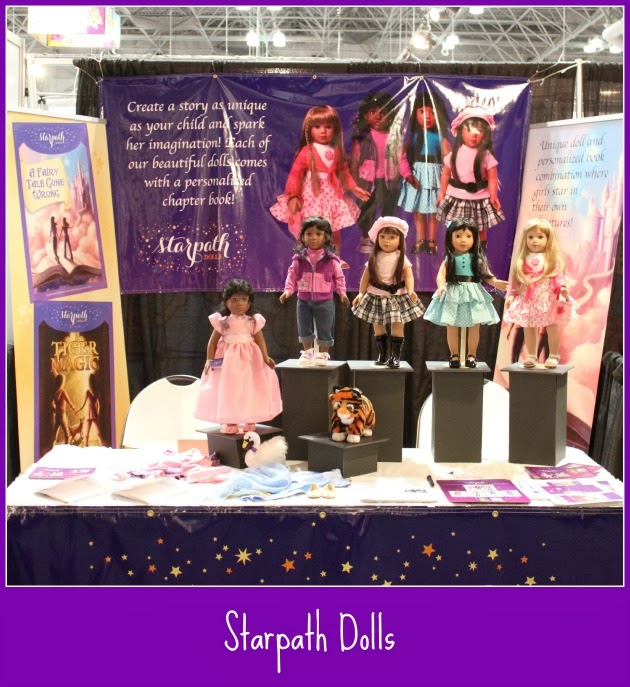 The 18" dolls at the front looked beautiful with their unique faces, glossy long hair and fresh pretty clothing. I quickly learned that this was a new company and that the dolls were prototypes.  Even so, the owner, Anita was very generous in letting  me have a hold of one (I picked the African-American doll, my instant favourite).  What I noticed immediately was that the doll was made of a fabulous colour and quality of vinyl. She had a soft body, vinyl limbs, wigged hair, inset beautiful quality acrylic eyes, painted lashes and was a good weight in my hand.  Just at that moment another lady arrived and was introduced as the doll designer, Linda Mason, a highly talented doll artist associated primarily with porcelain dolls that she has won many awards for. Looking at the dolls and then at her, I thought the dolls bore a resemblance to her! Similar to when a child carries features of both parents but the look of each sibling varies slightly!
These dolls are as photogenic as they are beautiful in real life. 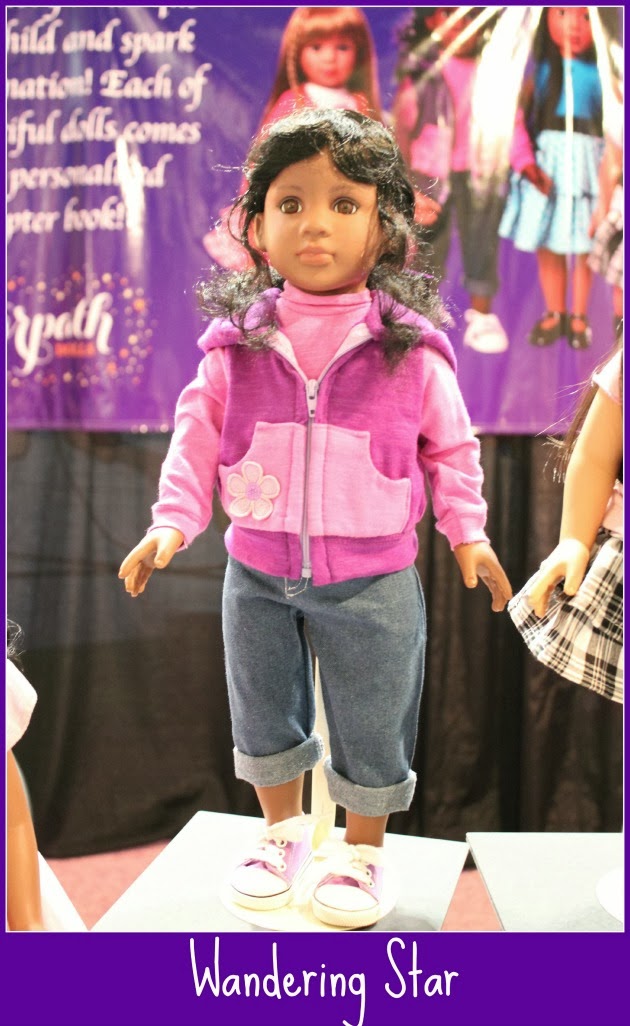 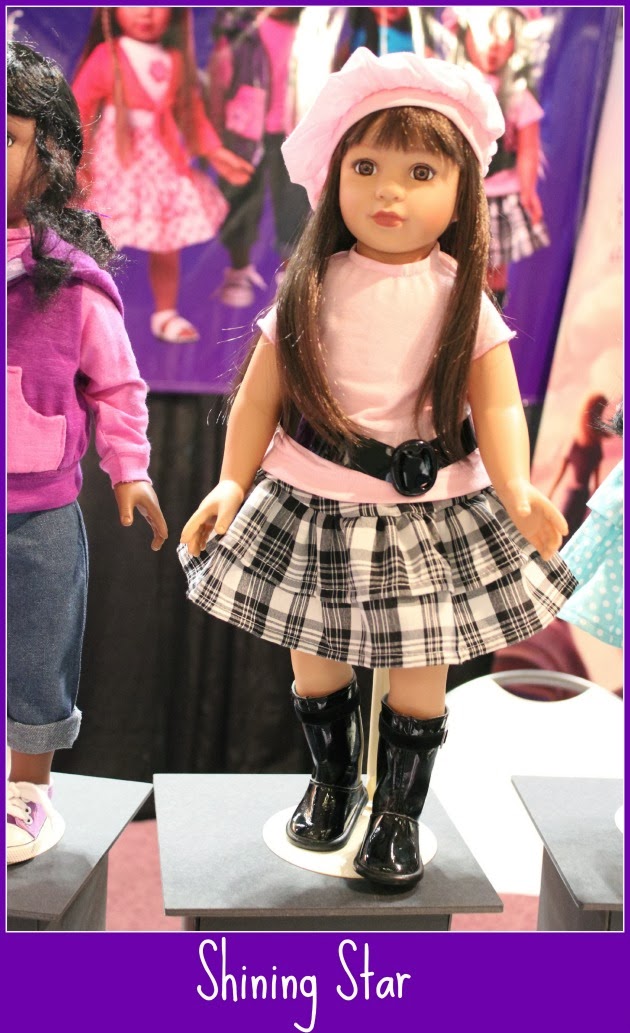 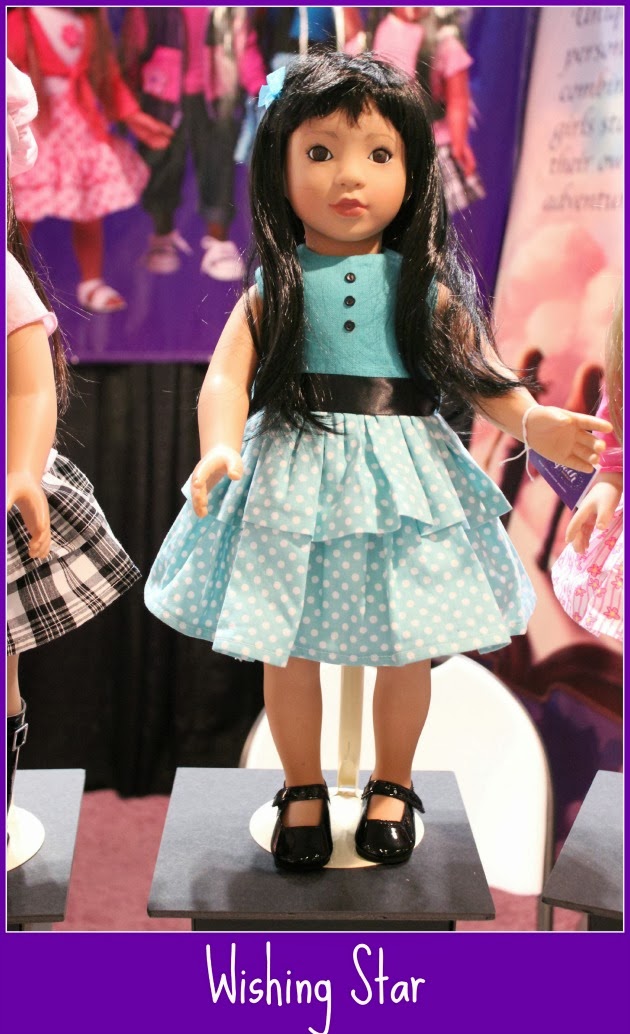 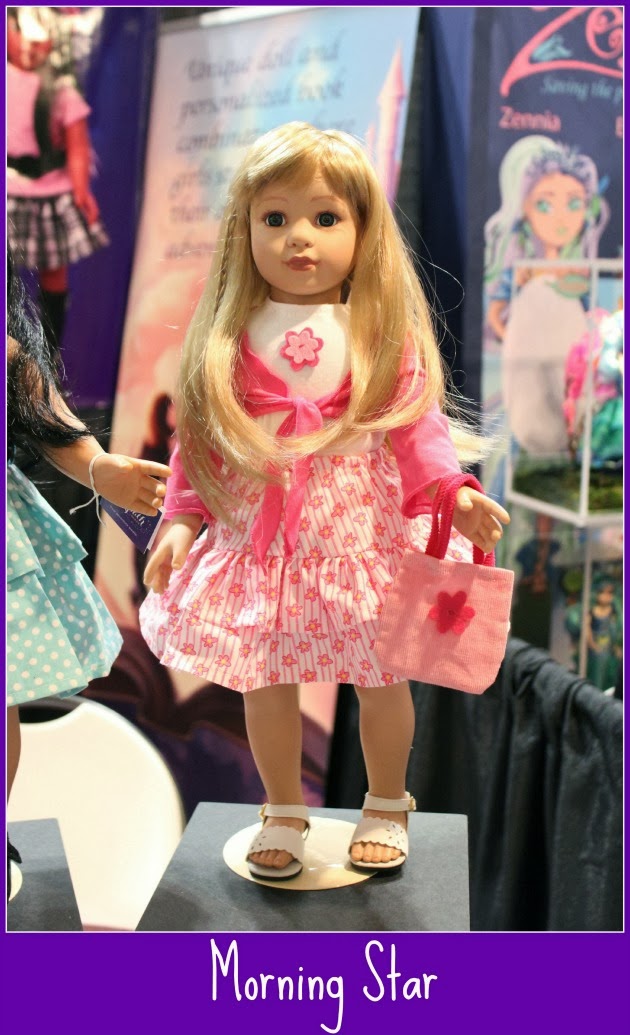 There's more to the brand Starpath Dolls than just dolls.

The concept was created by a mother and her daughter who love to read, Starpath Dolls are designed "to inspire a love of reading while encouraging girls to see themselves in worlds outside their own".  There will be four dolls, Morning Star, Shining Star, Wishing Star and Wandering Star and each will come with a gift code for a customisable chapter book.  The books will be centred on shared adventures between two girl companions.  When the doll is received the idea is that the child should go online name her doll and answer a series of fun questions about some things. The details are then woven through every page of the book making it totally customised; this could serve as a childhood memory book to remind her later of what she loved at this time in her life.  The book will then arrive 1-2 weeks later.
Two books written by award winning children's book authors exist so far:
"A Fairy Tale Gone Wrong" and, "Tiger Magic".
The first is written by Suzanne Williams, who has written nearly 40 books for children.  In "A Fairy Tale Gone Wrong" the girl and her friend find themselves trapped inside the well-known story of Cinderella and it is up to them to keep the story on track so that Cinderella gets her prince!
The author of " Tiger Magic" is Mitali Perkins.  In this magical story, set in India, the child and her doll friend find themselves learning about life in an Indian village and strive to protect a tiger cub from poachers. 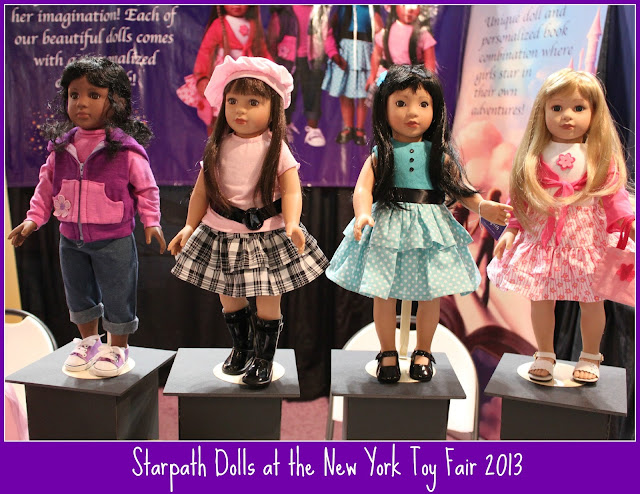 The dolls will be recommended for children from 5-9 years, available from July and will retail in the USA for $69.99. However, I think that with Linda Mason as the doll artist there could be some interest from the collector market too!
In addition to the dolls and the books there will be two plush animals to buy featured in the stories, as well as clothing worn by the characters in the books to really bring the stories to life, such as a stylish ball gown for Cinderella and a flowing Sari for the character in Tiger Magic.  I can't wait to see their website when it is launched and feel sure these dolls and books will capture the imagination of children.
Not only that, I wouldn't be surprised if Starpath Dolls are heading for toy industry awards before very long!
Categories: Brands