The store will not work correctly in the case when cookies are disabled.
Welcome to this shop of excitement and happiness, where imaginations flourish!
Menu
Account
Settings
Language
UK Store View
USD 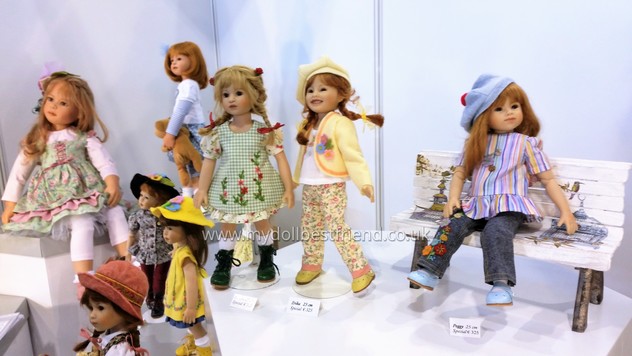 We're really excited to now be an official stockist of Heidi Plusczok dolls at My Doll Best Friend!!!
The dolls you see in this post were photographed at the Spring Festival in Munster, Germany, in April 2016. The dolls include those remaining from the partially sold out 2016 limited edition collection, and some doll show specials that we were able to purchase. 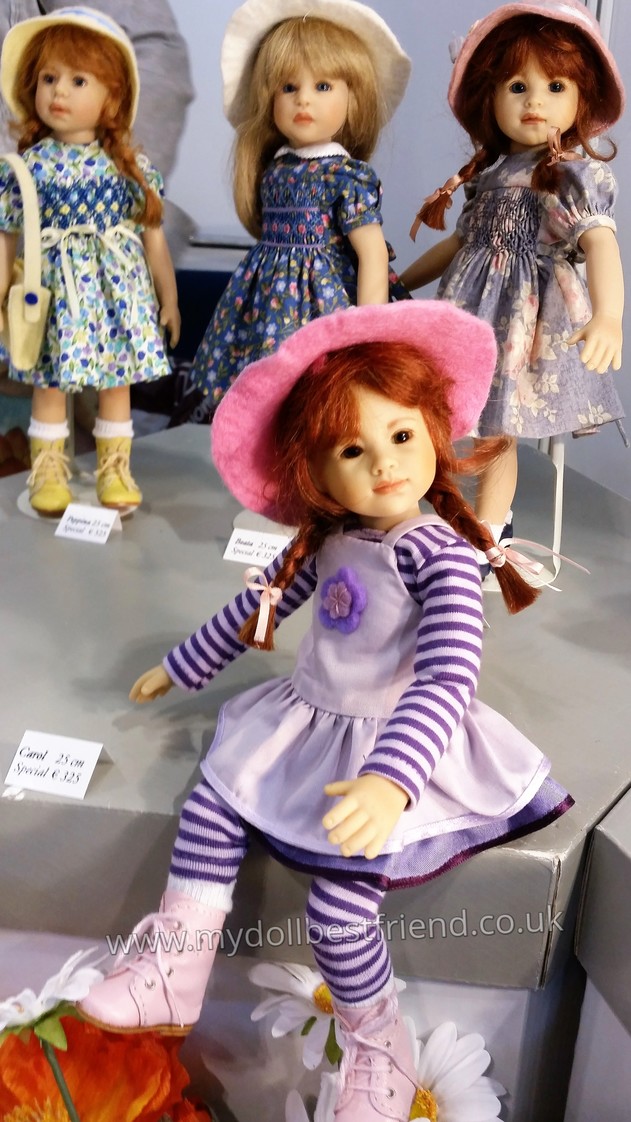 Heidi's dolls are wonderful playful little children and they have exquisite little bodies with perfect joints. This is the first year we've stocked Heidi Plusczok dolls, but not the first year we've tried to buy them. Such is their established popularity that unsurprisingly they sell out very quickly - precisely what has prevented us stocking them in past years. 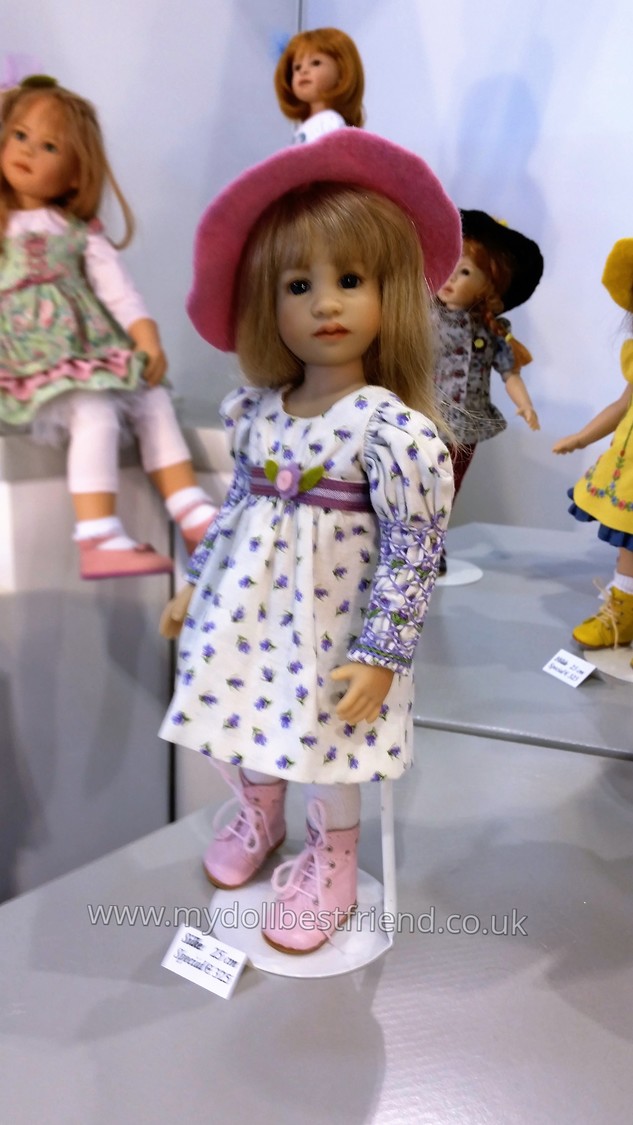 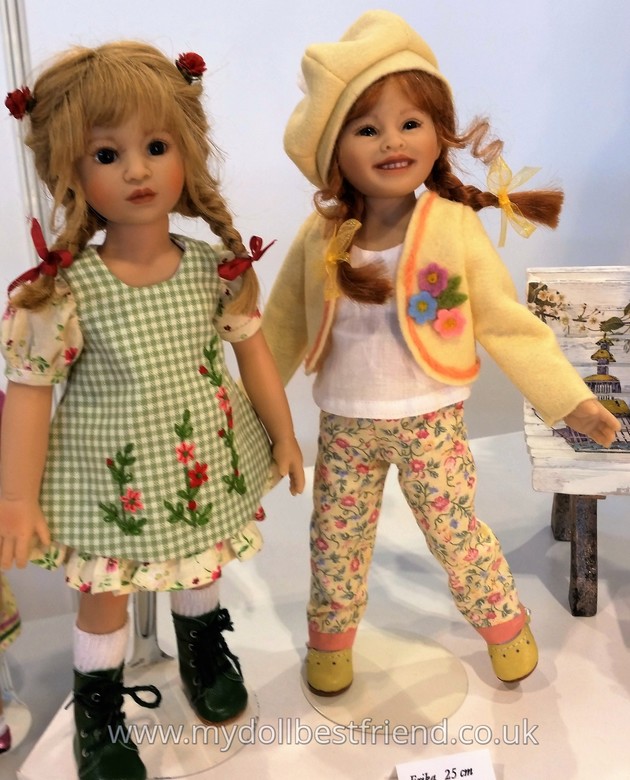 Heidi has always loved the company of children. Children at play fascinate her, and it's this interest that has carried through into the sculptures of her playful little dolls. At the very beginning Heidi sculpted in polymer clay, but just a year later she made her first porcelain dolls. Then for a long time Heidi sculpted dolls for Zapf Creation's vinyl range, but the direction wasn't always the one she really wanted her art to take. She returned to the satisfaction of making dolls for herself in porcelain, in 2002. 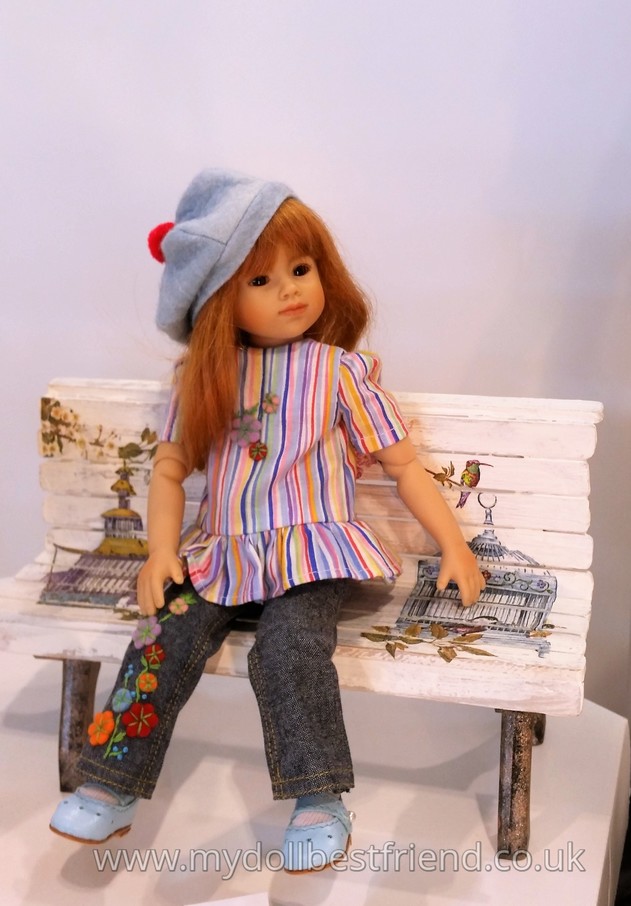 From 2002 onwards she built her Heidi Plusczok business, which evolved into making dolls like her porcelain dolls, but in vinyl. It was challenging at times but Heidi ensured her high standards were adhered to by everyone on the team, and she herself continued to paint the faces of the dolls, and the end results were exceptionally pleasing.

These little dolls that we now stock are made from vinyl and there are two body types, one with joints just at the shoulders and hips and the other with these joints and extra ones at the elbow and knee. The heads for both bodies have lots of articulation allowing much expression. 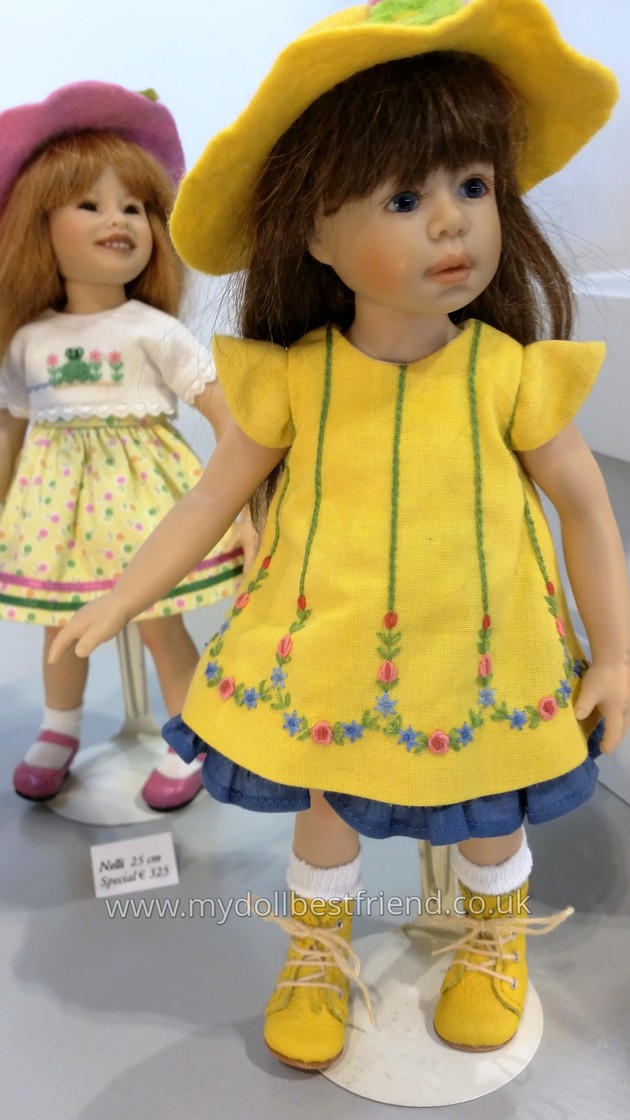 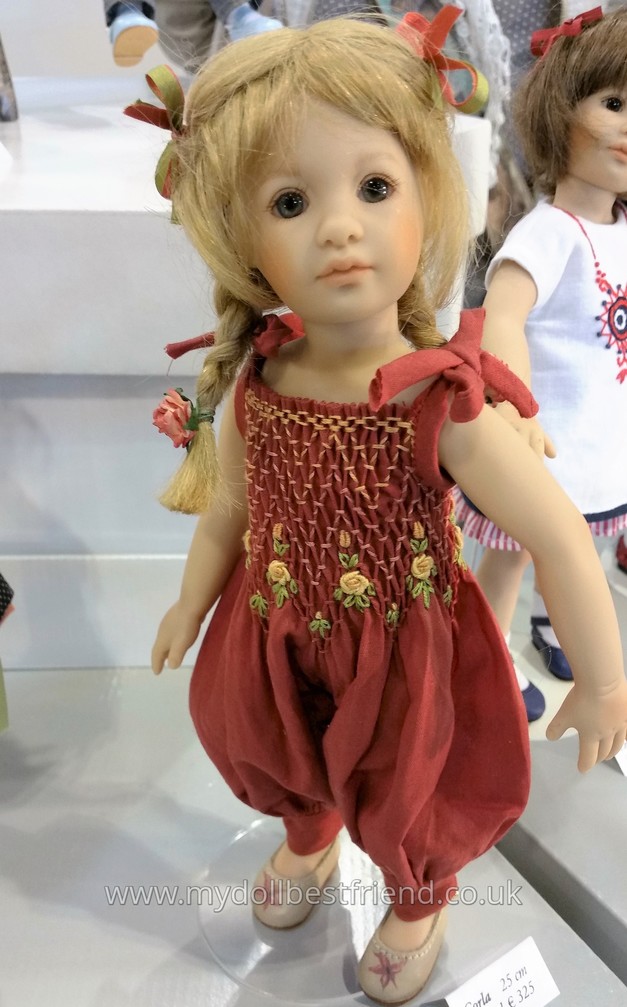 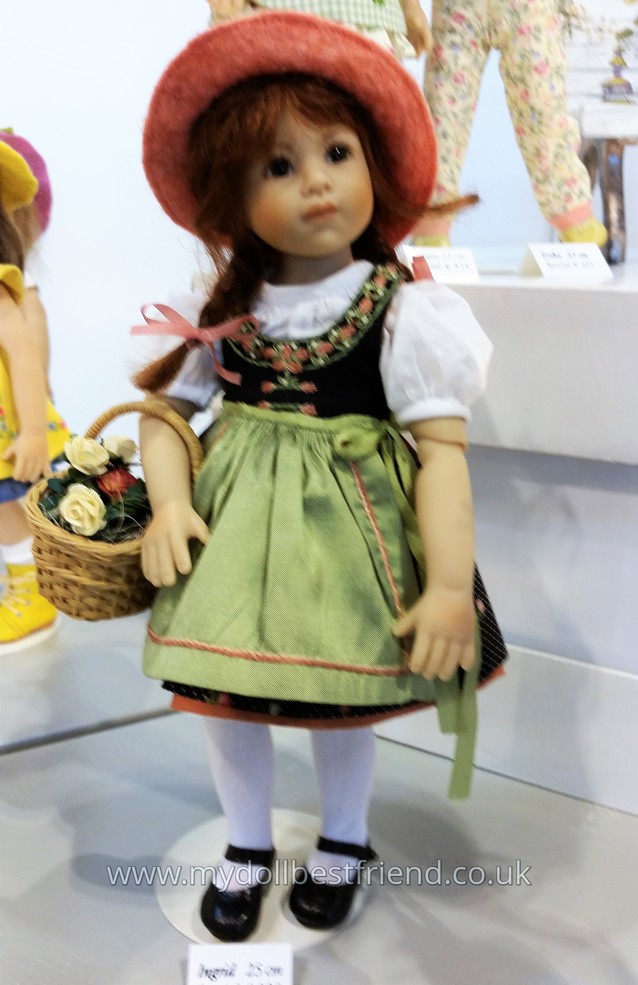 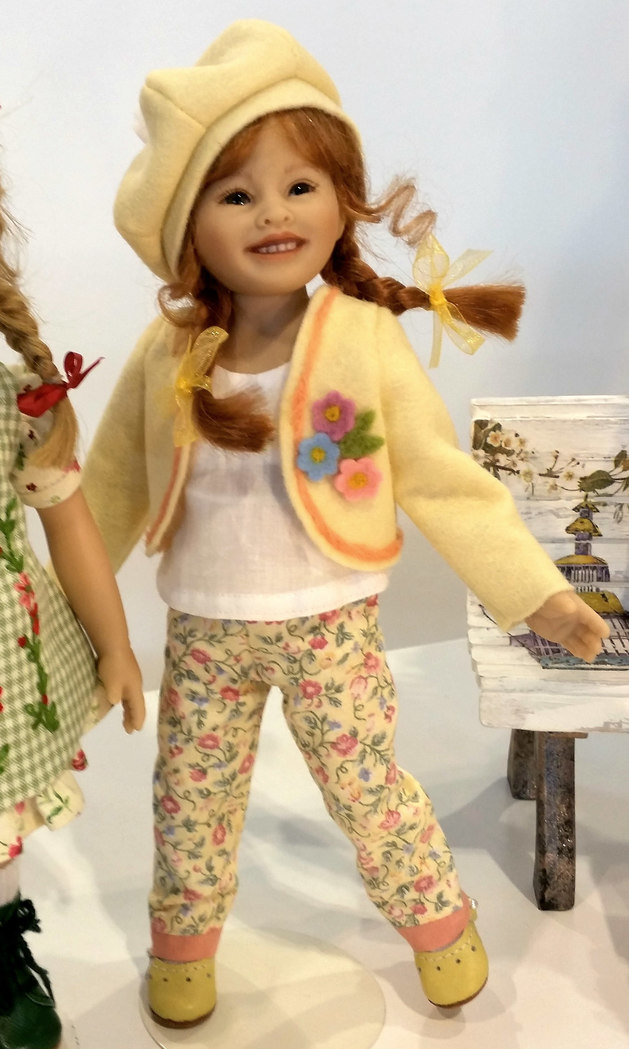 The clothing the dolls wear has been developed by Heidi and her friend Rosemarie Ionker (the designer for Boneka doll clothing, and the manufacture has taken place in Indonesia. 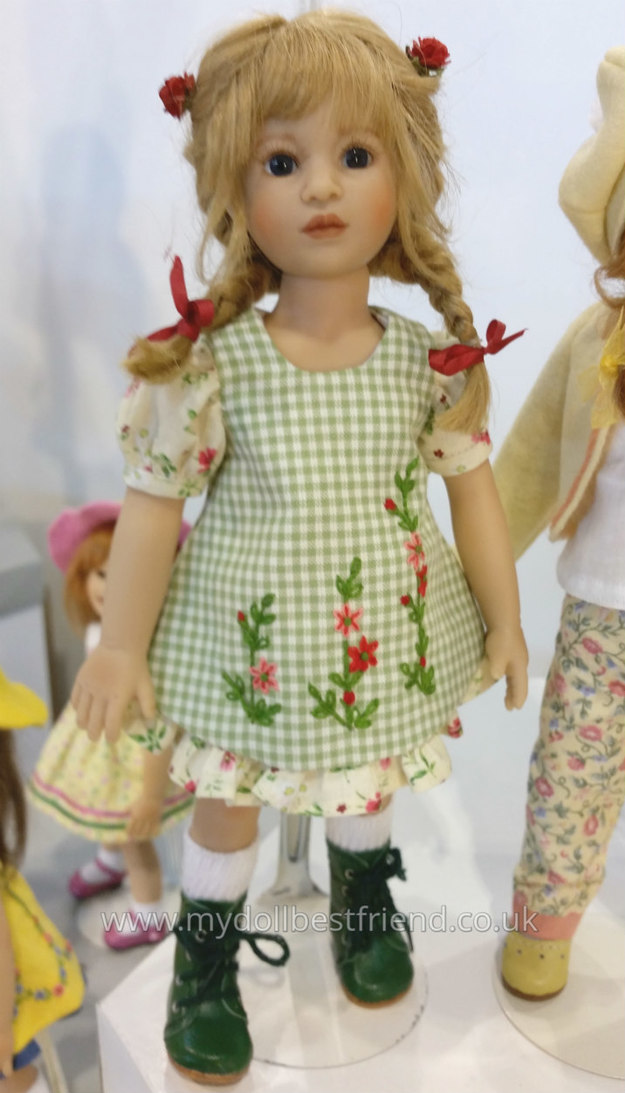 The clothes are absolutely stunning with smocking, applique and embroidery used in nearly all the clothing designs. 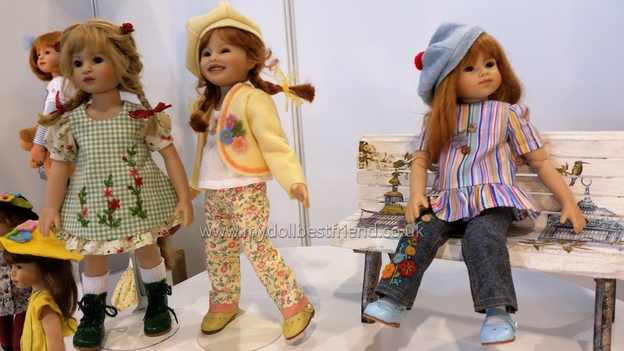 This year Heidi is in her retirement year. It will be the last of the collections as she's allowing herself to stop working at age 70. The collections are this year limited to 35, so the dolls will be in even shorter supply than usual. 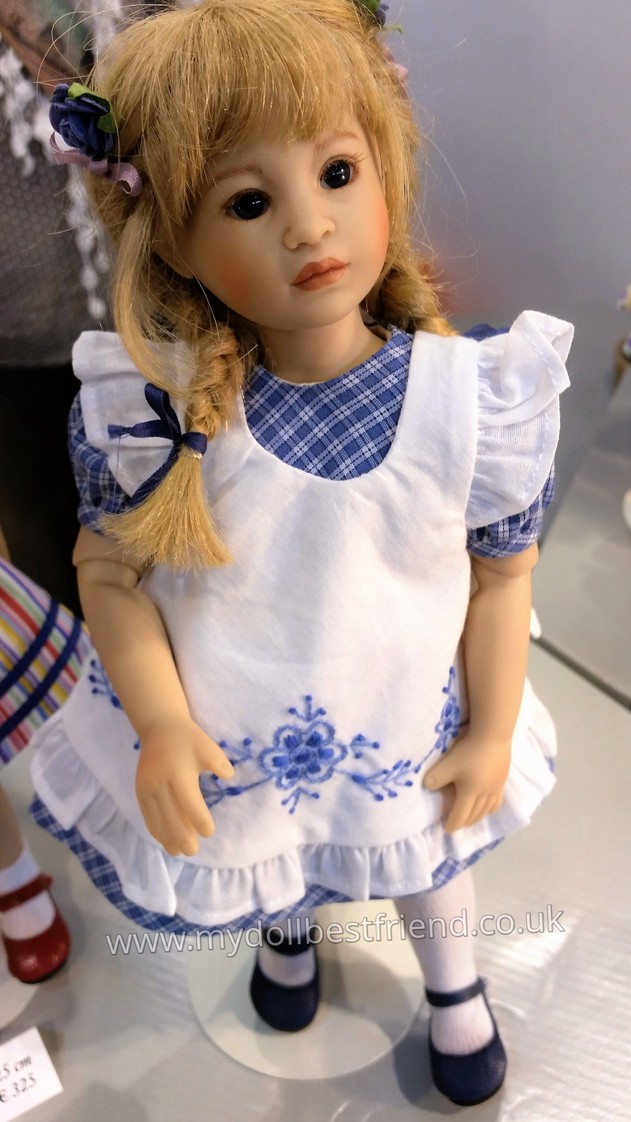 It is Heidi's love for introducing her dolls to new collectors and her love of dolls that drives her to attend doll shows in Germany in her final year of work.
Unlike many fans of Heidi's work who live all over the world, I was able to meet her and talk to her about her dolls, which was an absolute privilege - and I do hope that somehow it won't be the last time. 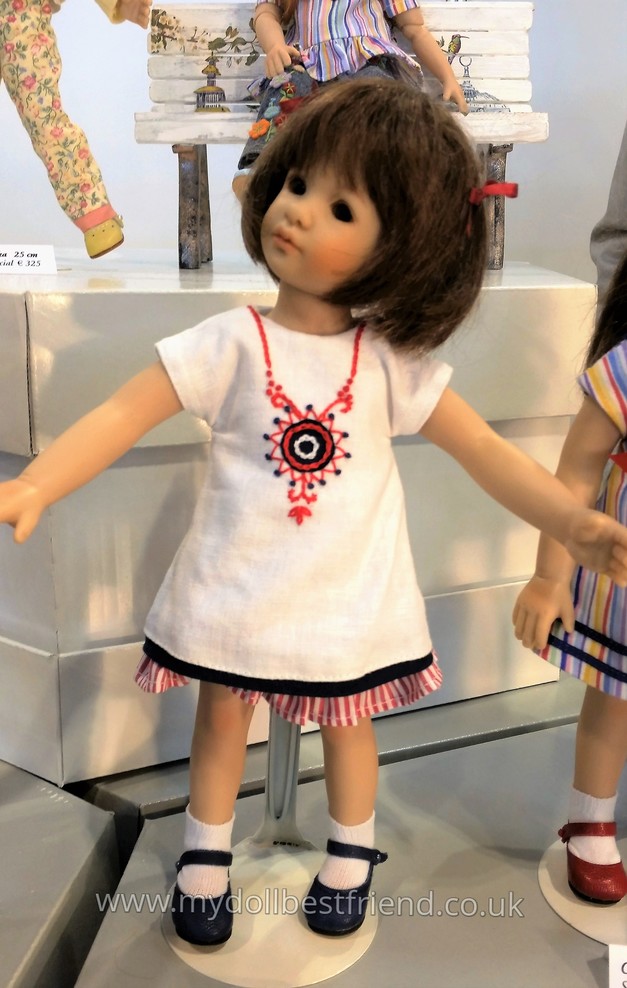 Heidi's English is excellent but it hasn't always been the case. Having many fans in America, and travelling to international toy fairs, it has been picked up through her work with dolls, and through communication with so many international fans. 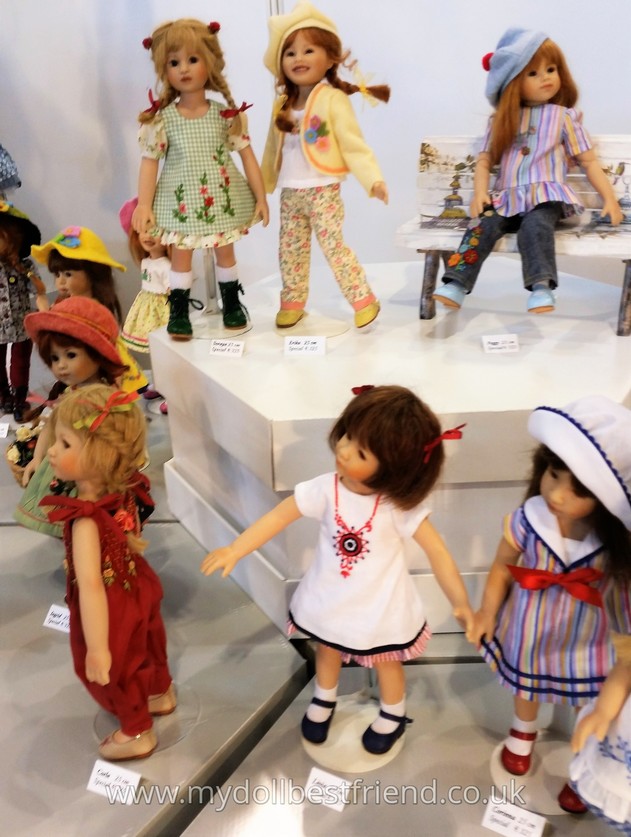 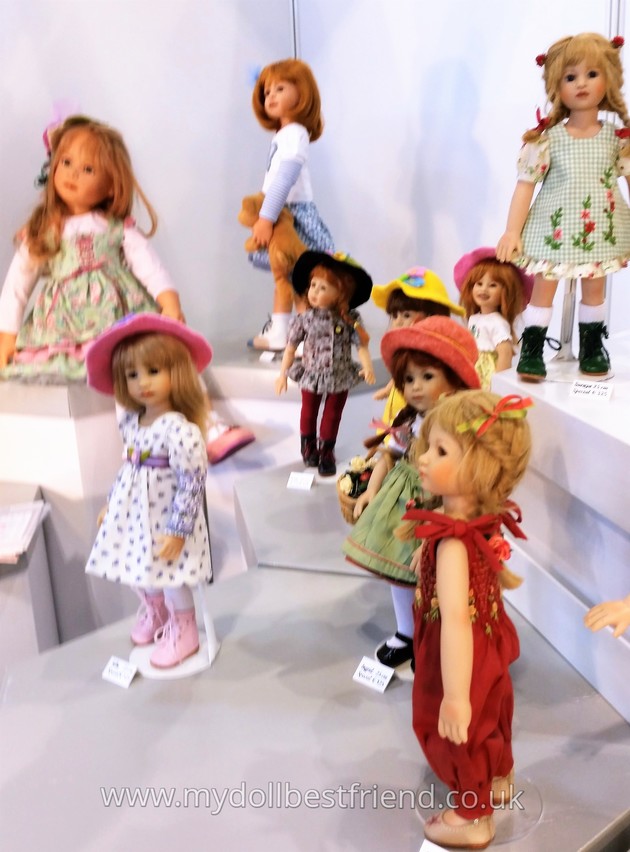 In 2013 Heidi proudly, and so deservedly, collected the Lifetime Award from the DOLLS Magazine, at IDEX in Orlando, USA. 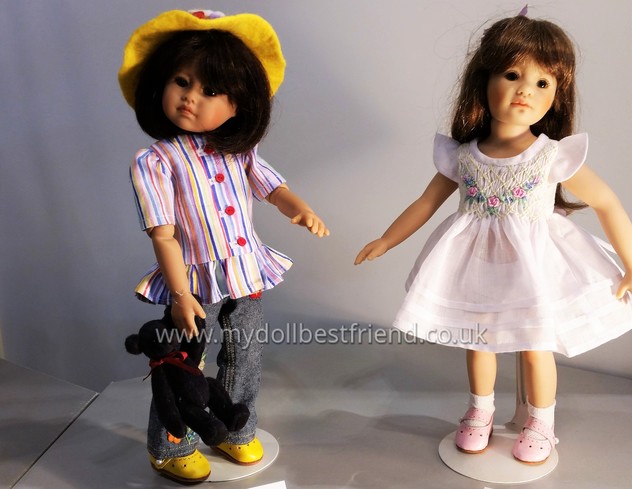 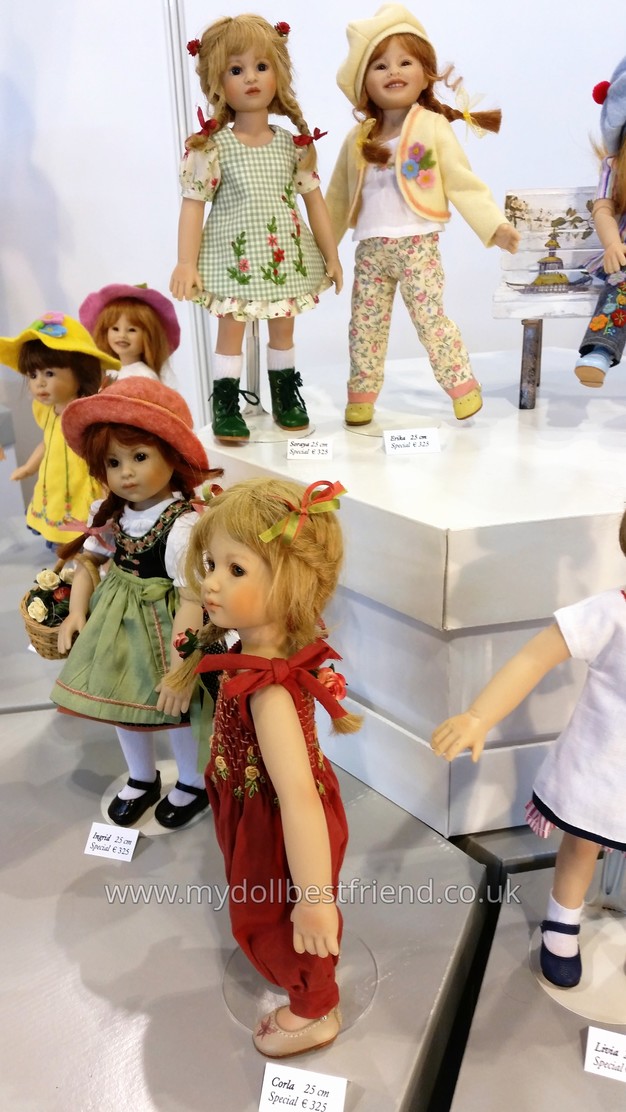 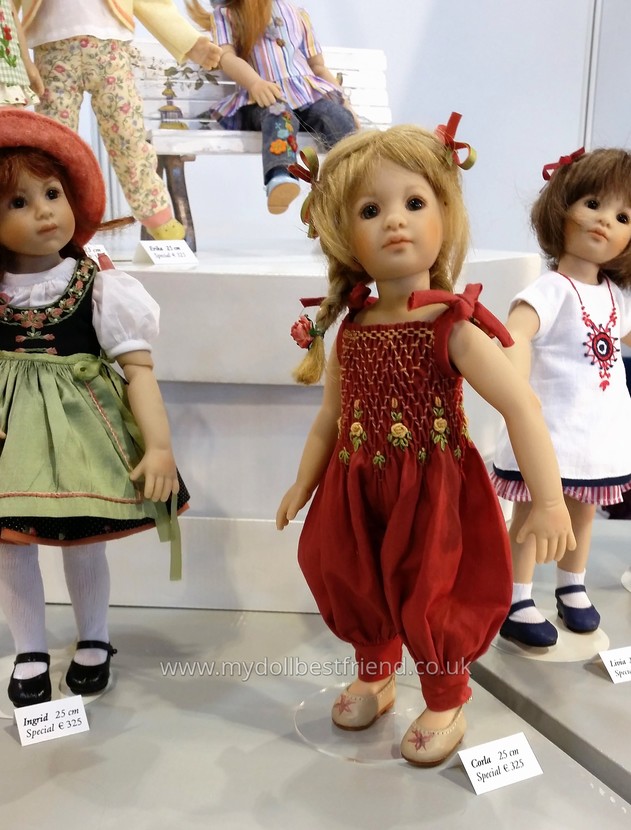 We're very lucky that many of the dolls in this post were available to purchase by My Doll Best Friend for retail. We anticipate these gorgeous little dolls will take planes, trains, boats and lorries in the coming weeks as they find their way to their new homes, both near and far. 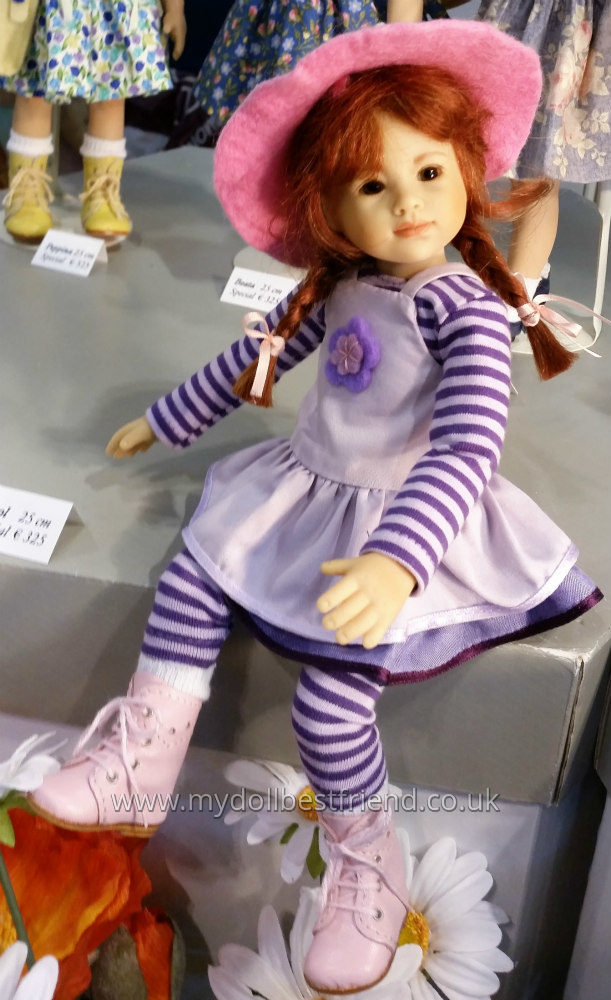 Of course, one or two won't leave at all!! 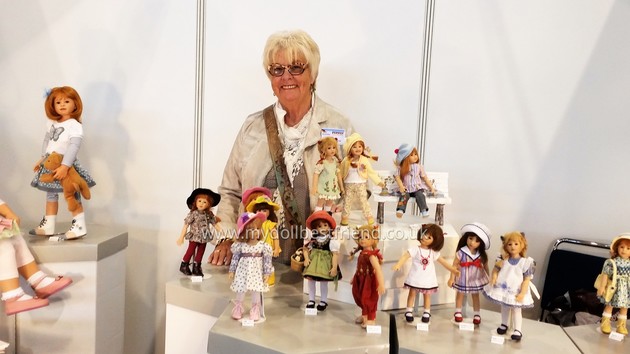 It's this picture of the very beautiful, glowing Heidi with her precious dolls that made its impression on me. I took the same photo 4 times, each turned out exactly the same! But, it's because at that moment looking through the lens I knew what it meant to have genuine passion and motivation for what you do, and I found it so inspirational I wanted to make sure I got the copy.