This year Sophie decided she was going to grow some tomatoes in her little London garden. She keenly grew plants from seed in April-May and by June they were ready to plant in big pots. They would need to be big pots as tomato plants grow tall and quite wide too. She fed them regularly with Tomorite so they got lots of nutrients and watered them every day. This Summer it has been sunny much of the time. 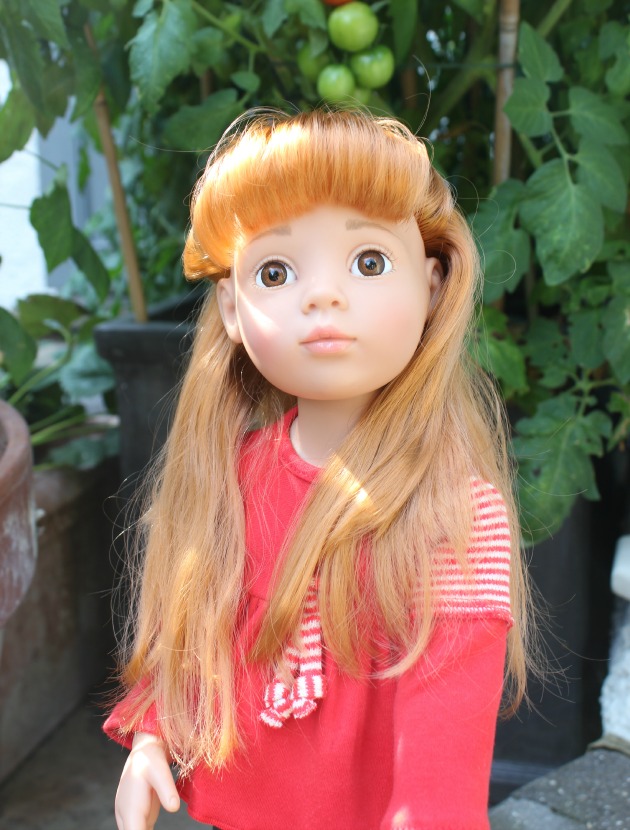 So why then in the middle of August were the tomatoes nice and large but still green? 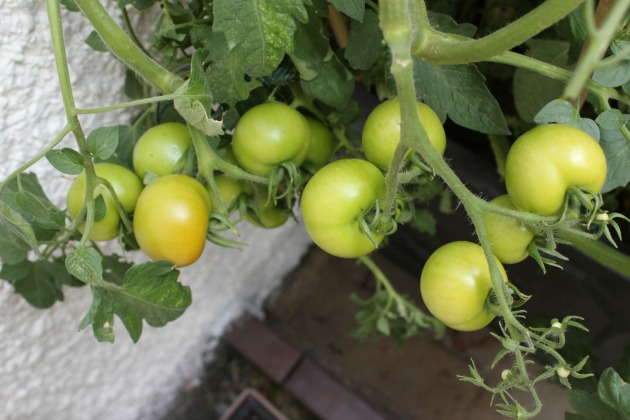 Well it puzzled Sophie so she called on her friends for their advice. She was particularly concerned and needed her friends' help as she was taking a week's holiday and the tomatoes would need to be looked after in her absence. 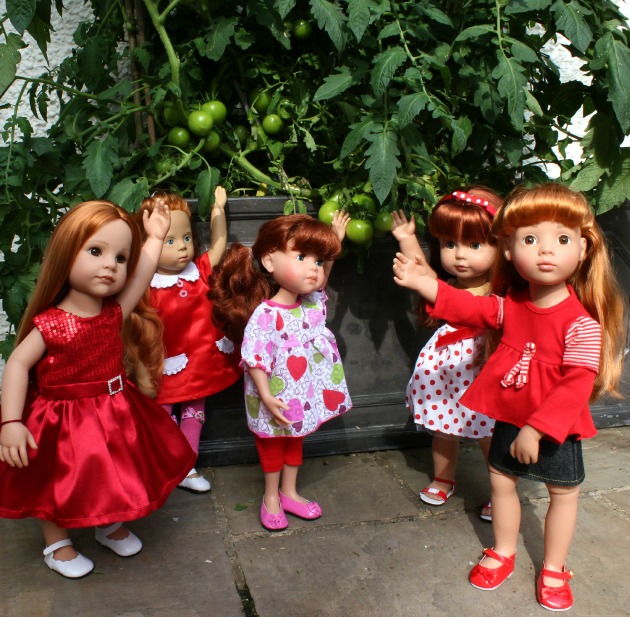 They shared her concern and wanted to help her resolve whatever the problem was before it was too late and Summer was over. They all came up with some helpful ideas.

They offered to take turns looking after the plants while she was away and Marlies even drew up a rota. 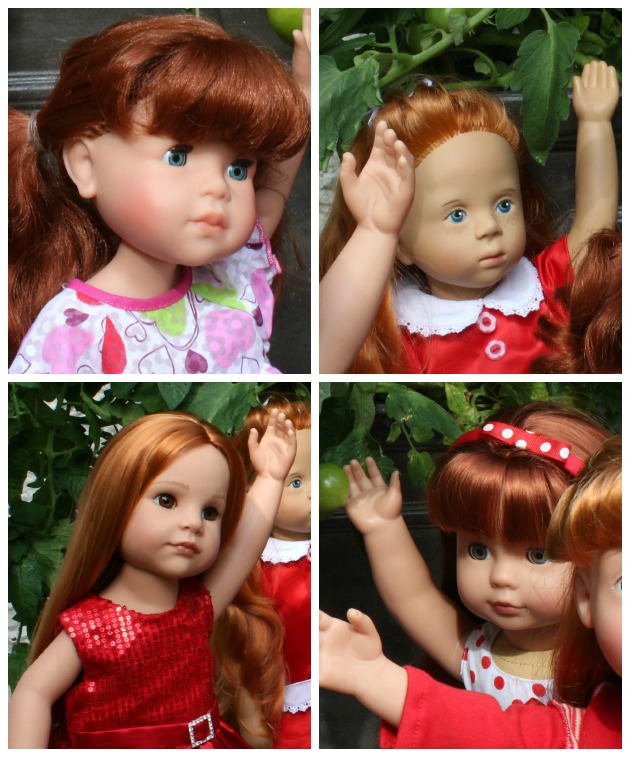 Her friends had some experience of growing tomatoes. Their view was that she was watering correctly, feeding correctly and short of root pruning them (which someone said would trick the plant into ripening its fruit) a bit of patience was all that was needed.

Apparently when there are many green tomatoes on a plant, ripening can be delayed as it requires a lot of energy from the plant for this process to occur.

Marlies came up with a idea that they all agreed was worth a try: When they visited every day  to water the tomatoes they would wear red and with their red hair hopefully they would reflect red light on them and make them blush with all the attention! They all giggled and agreed. 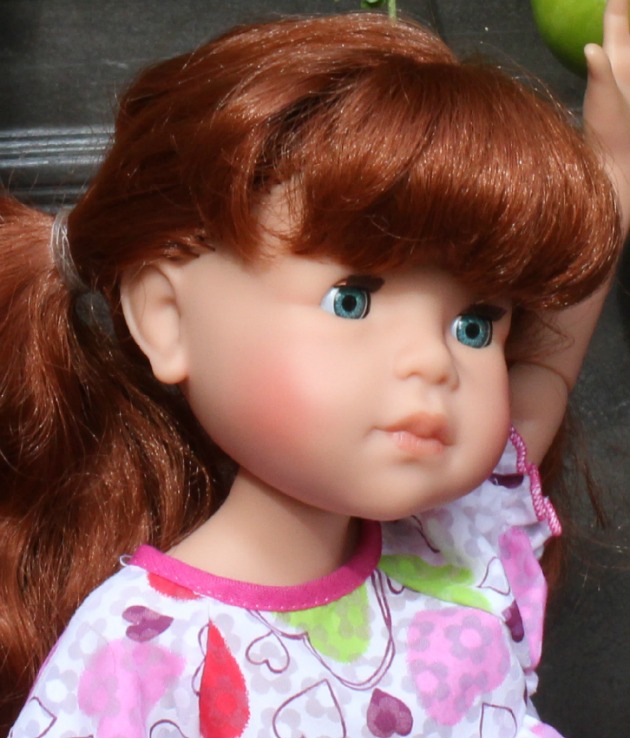 They did this every day for a week and when Sophie returned from her holiday she went to take a look to see if the tomatoes were ripening; yes, they were! 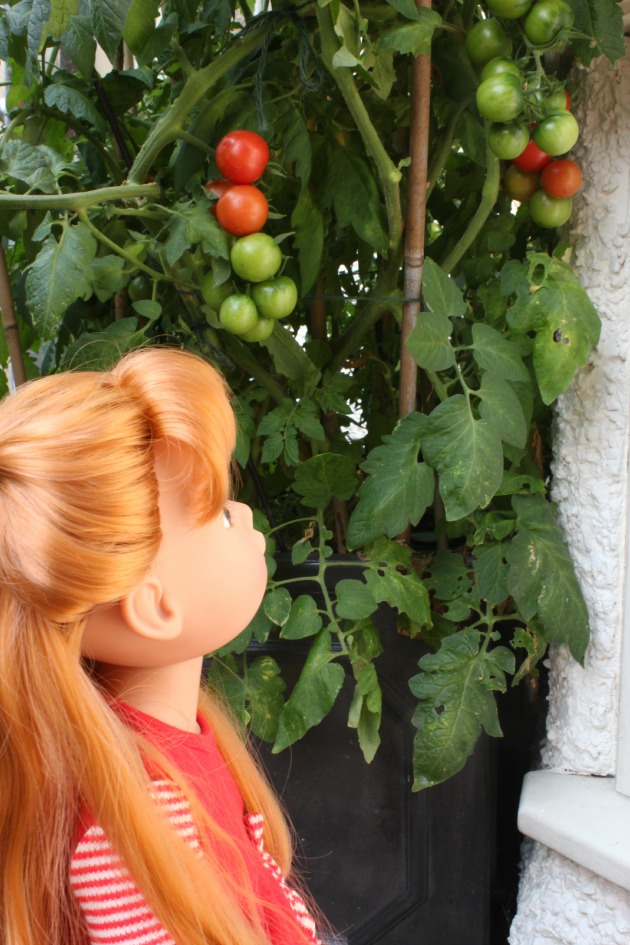 "Thank you so much for taking such good care of them; I think your red vibes really have worked!"

"I've picked one and there are still lots more!" 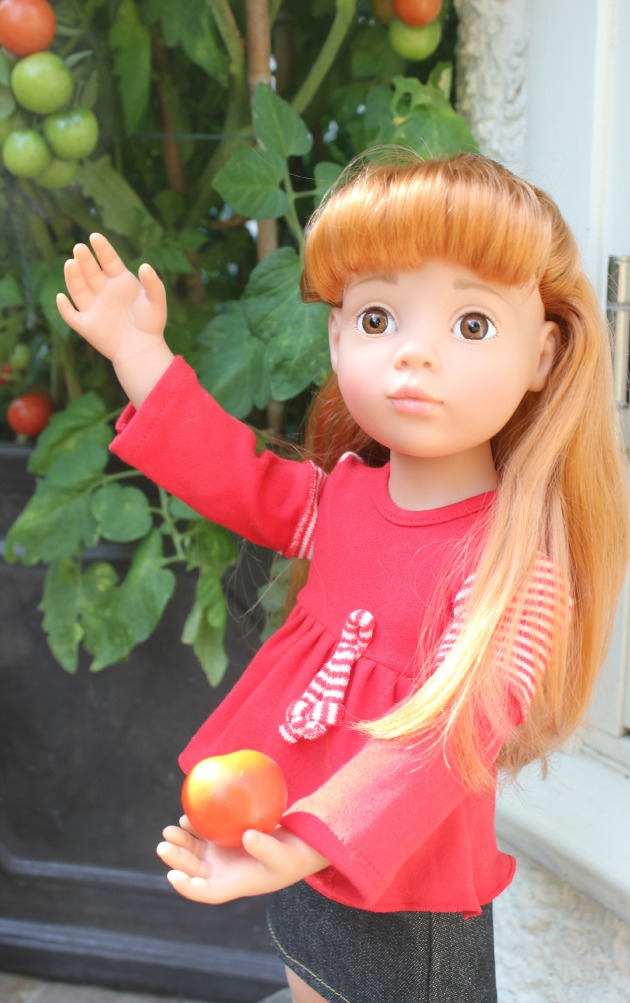 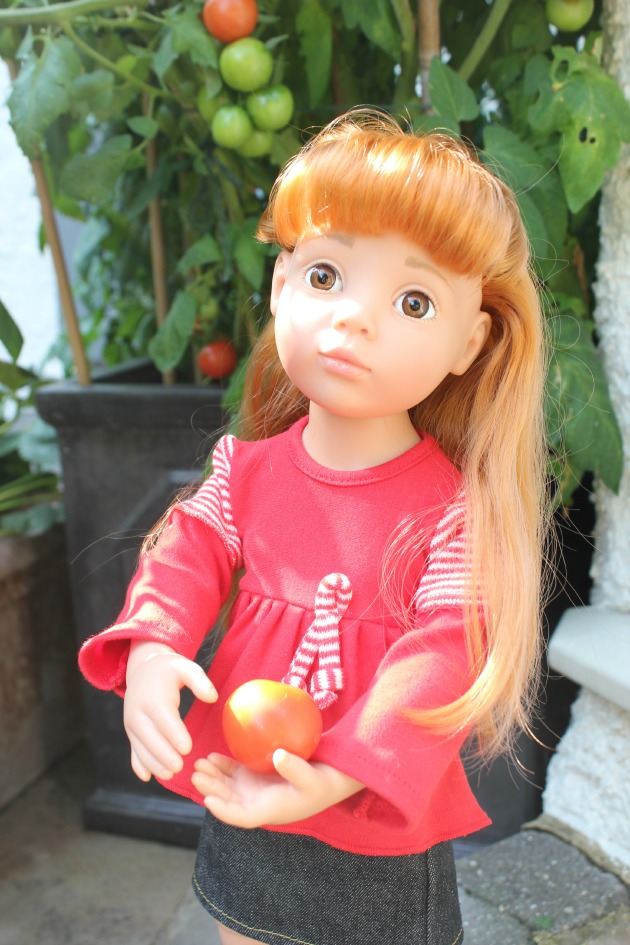 Marlies joked that even Marmalade the kitten had sent the tomato plants red vibes while she was away. 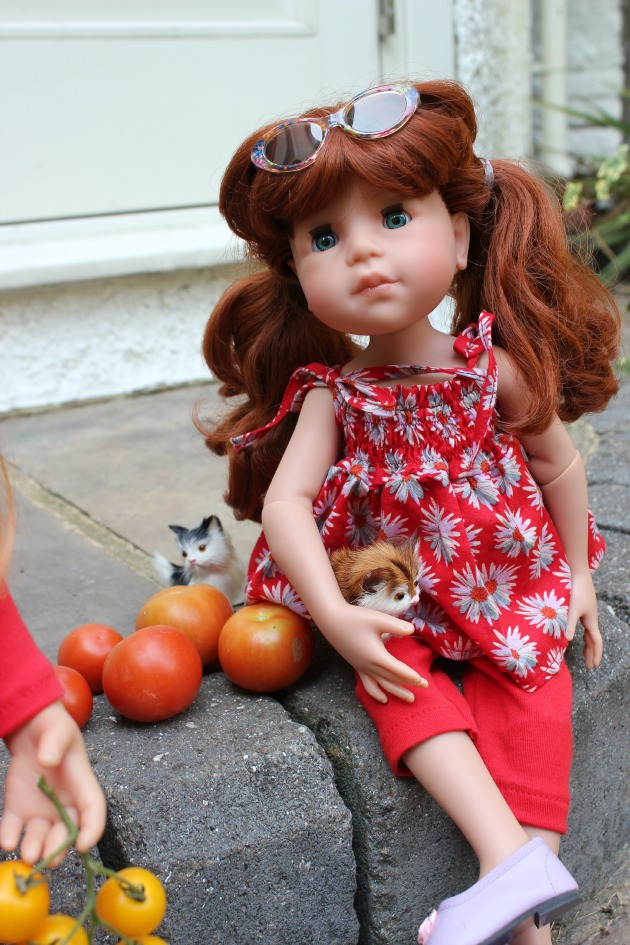 Sophie collected some yellow tomatoes and some of the ripe red ones.

There were still a lot of green ones but hopefully with a bit more patience they'd turn red in time.

Marmalade jumped down from Marlies' lap and Marlies picked up a big red tomato. 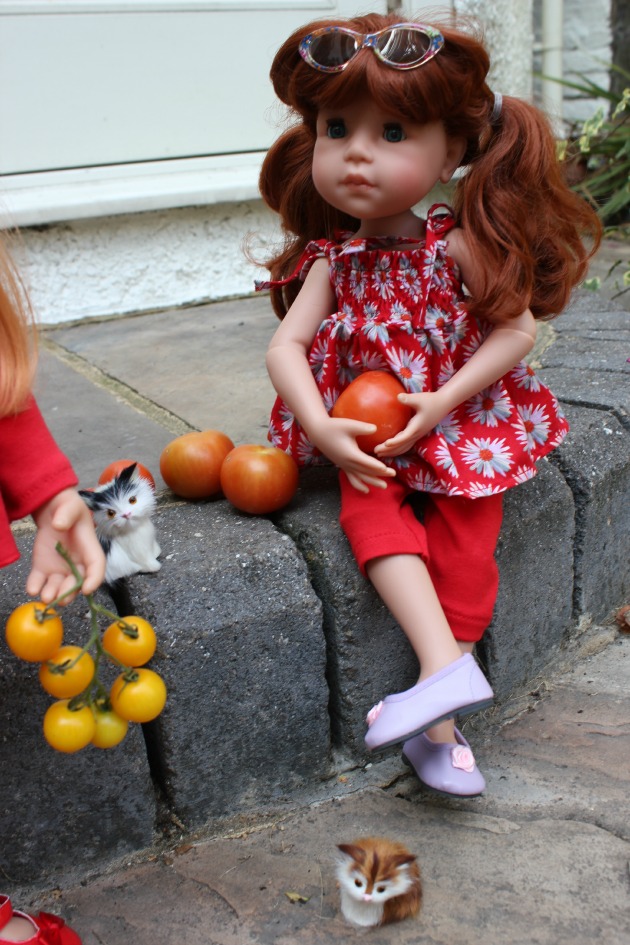 "Sophie, I'm so pleased that the tomatoes have stopped growing in size and have started turning red now. It's September now and if they grew any larger and turned orangey-red any later they might be mistaken for pumpkins!" 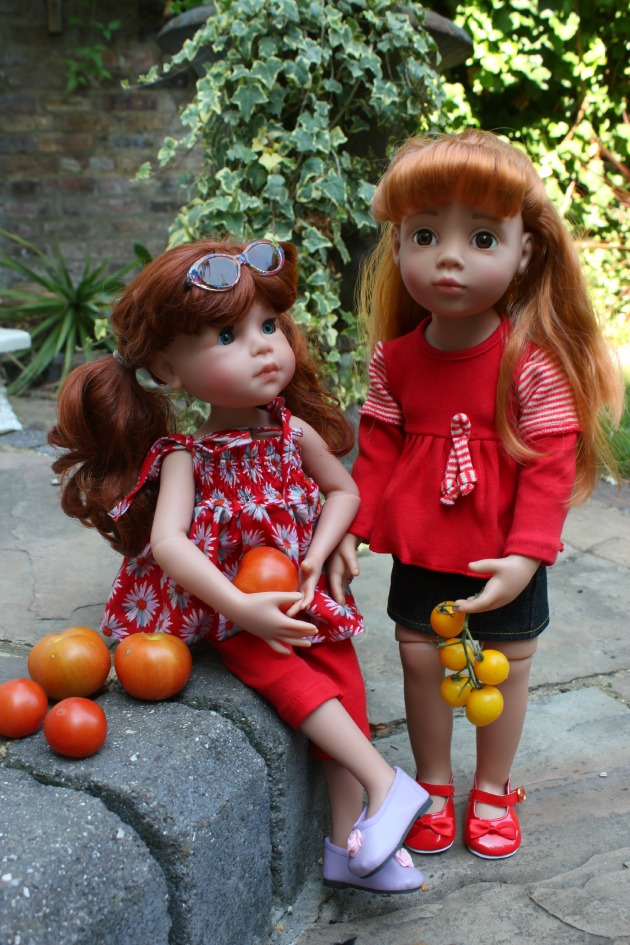 "Marlies, you are so funny! You have a point though!" 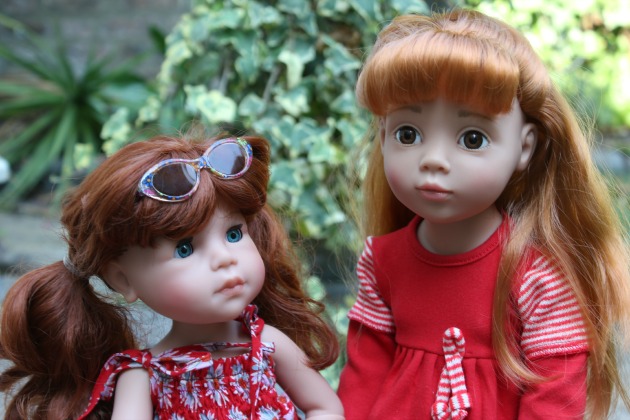 Sophie gave her friend a big hug to thank her for all her help. 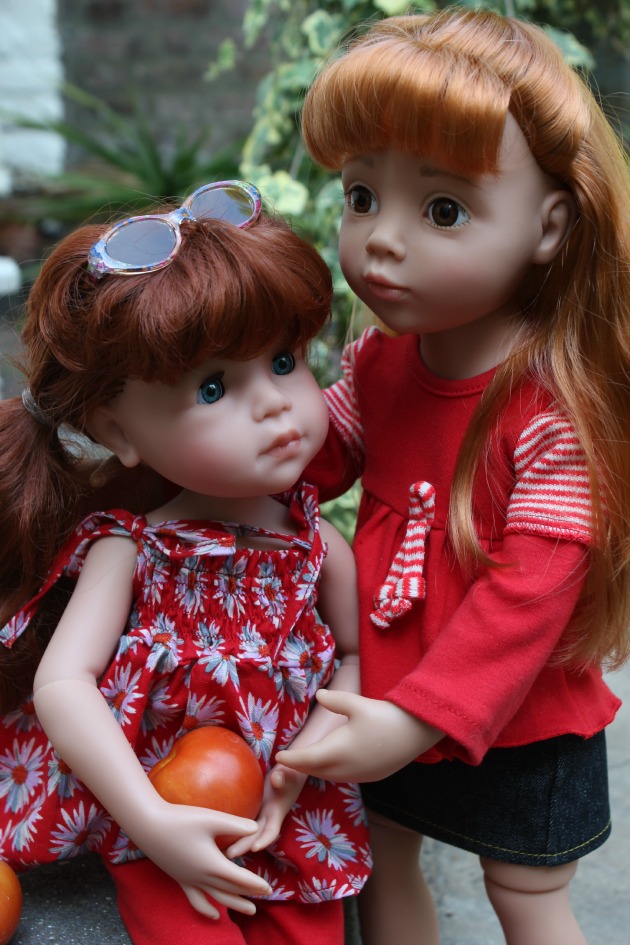 She picked up Marmalade and said, "You, too, Marmalade. Thank you!". 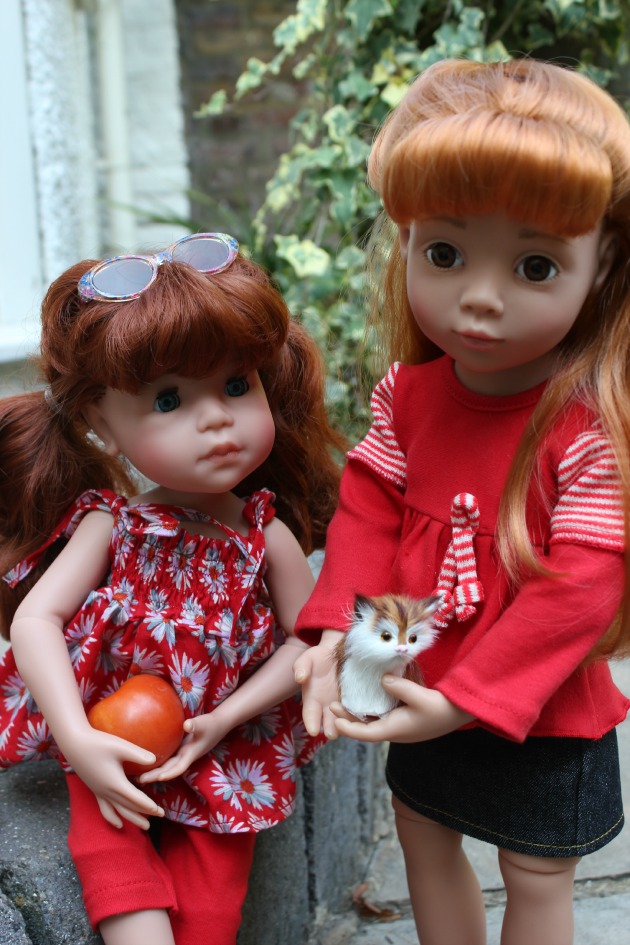 Then she picked up the little black and white kitten and remembered that this one still had to be named. 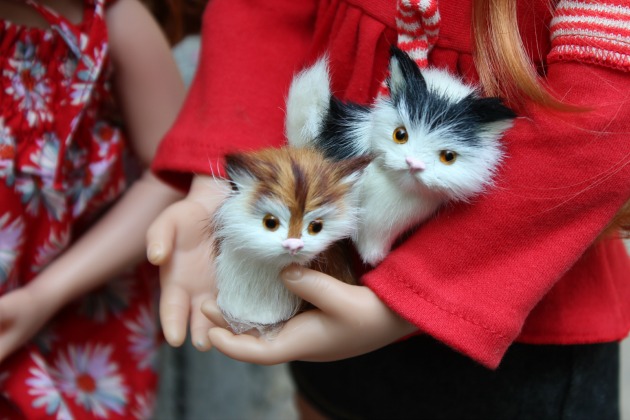