How Does Your Doll Garden Grow? 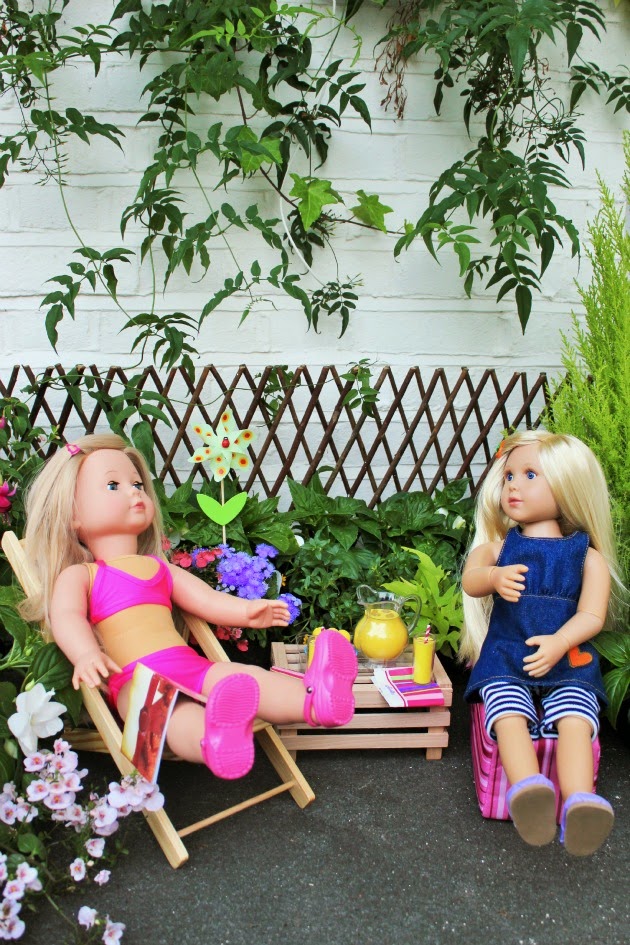 My daughter and I made a doll garden and it was so simple and fun to do. Here's how we did it!

As luck would have it I found the most amazing doll patio troughs masquerading as tray containers of Impatiens! The container of six plants was not the white polystyrene of previous years but a grey granite effect polystyrene which was going to make ideal patio troughs and I would be able to run them together to make borders. 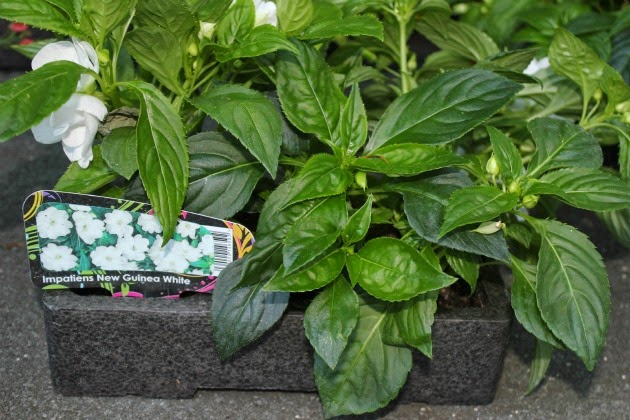 Normally the tray's inconsequential, you break it up and throw away. Back at home I removed the front row of 3 Impatiens plants and planted them elsewhere our garden, being careful not to damage the container. I kept the back row of Impatiens in the container as I thought they were a good dense plant to contrast with the smaller scale more delicate flowers that I was going to plant in front. 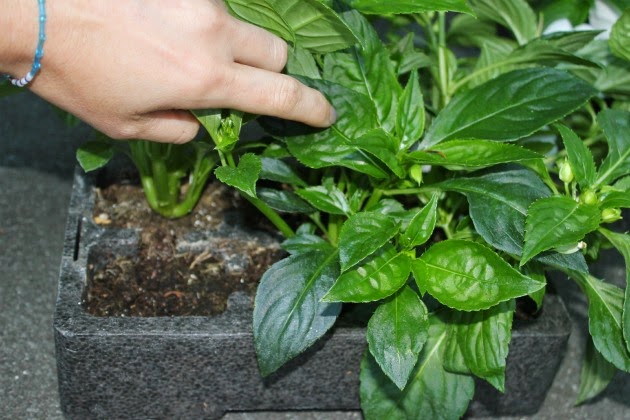 With the small scale hanging basket plants I had bought at the garden centre I planted up the three empty compartments that I had removed Impatiens plants from. I did this to make the trough more interesting and authentic as part of a small scale doll garden. I made each trough slightly different using the small scale plants which I'd found in the hanging baskets and bedding plants section. 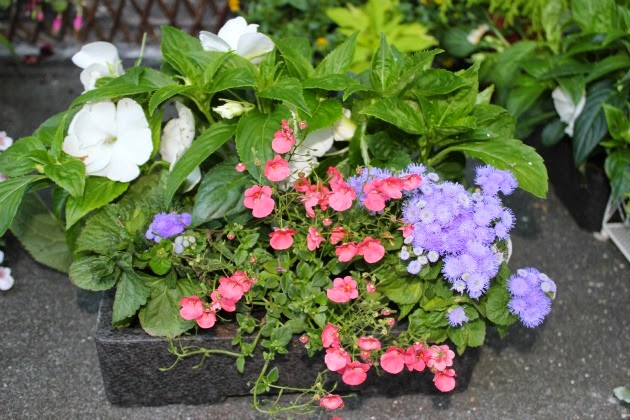 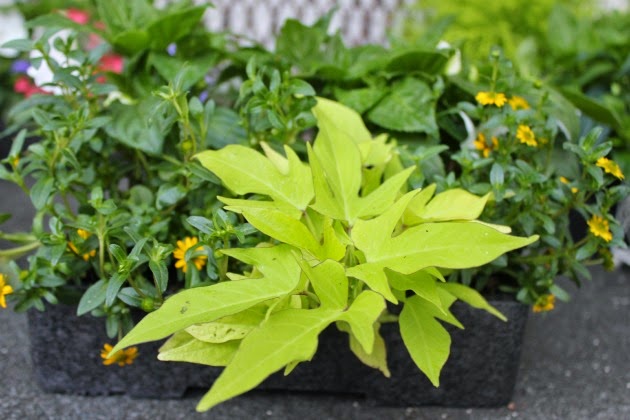 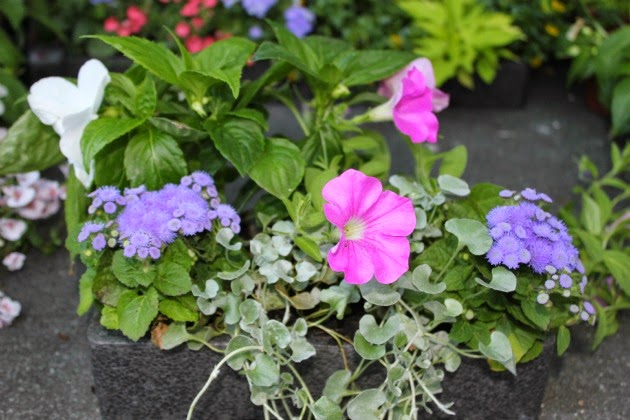 I bought a small strip of concertina twig trellis and stretched it out behind the troughs. This again gives the feeling of small scale. I weaved a plant into the trellis. I used some empty chocolate trays (walnut whips!) as seed trays and planted them with a herb growing in my garden - it is oregano which has a small leaf. 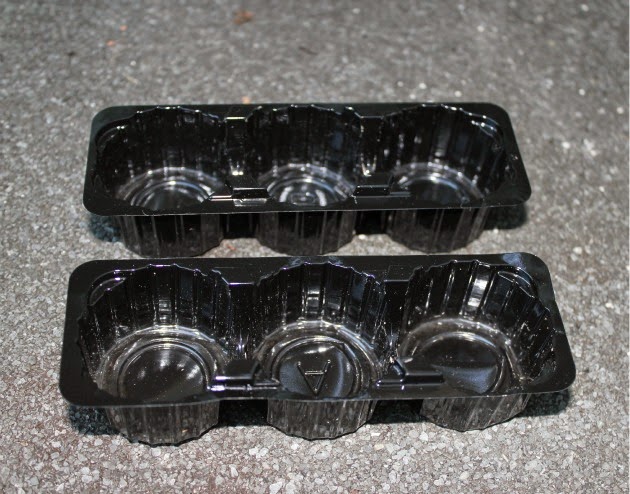 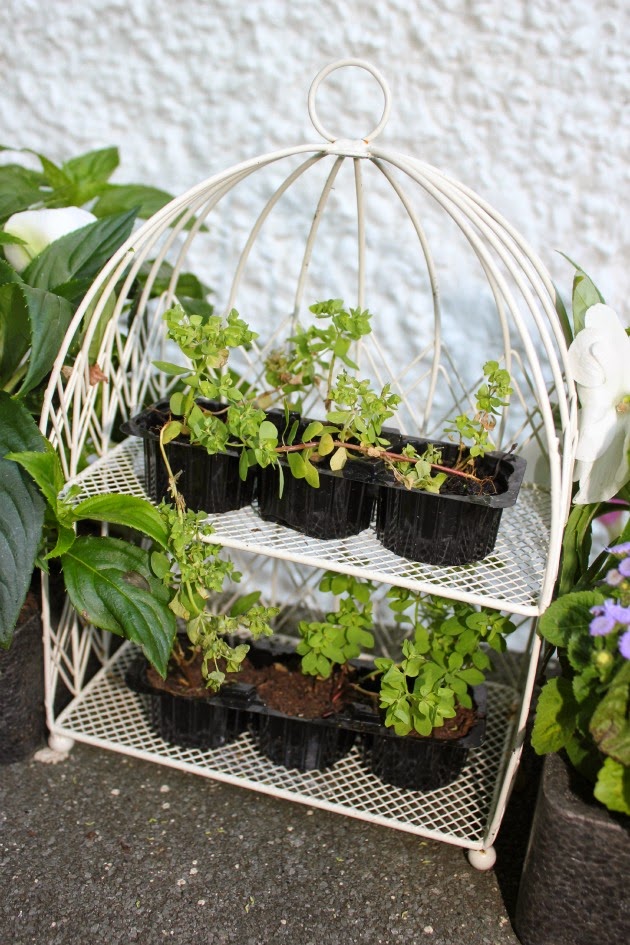 The shelving unit is the dolls' mini greenhouse. I think its original purpose was as a small display unit for jewellery.

We included some taller plants like this miniature tree to again reinforce the scale of the garden as doll size. 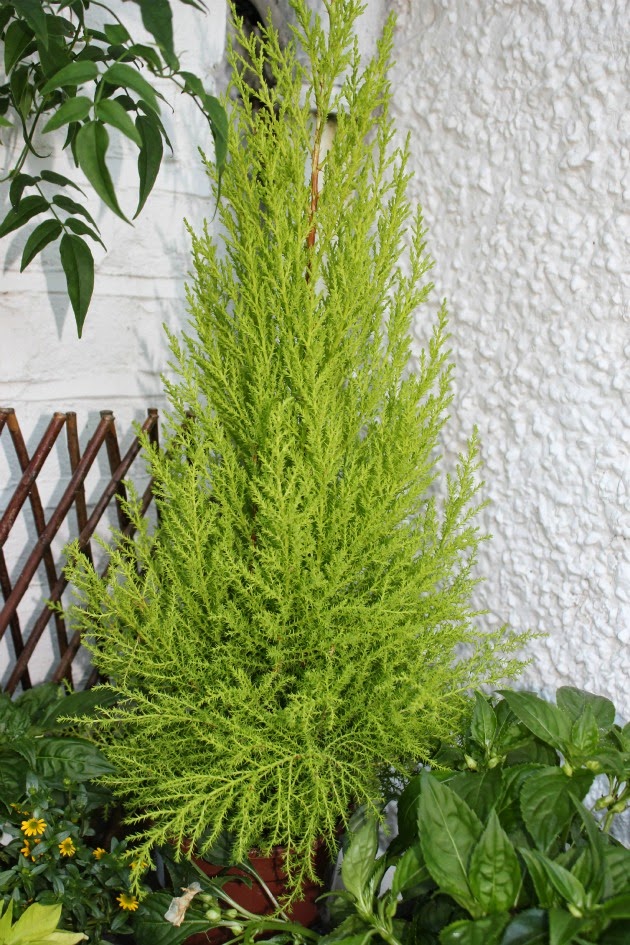 We arranged the troughs to create an enclosed doll garden and had fun adding garden furniture. My Doll Best Friend sells the deck chair, occasional chair and lemonade set. 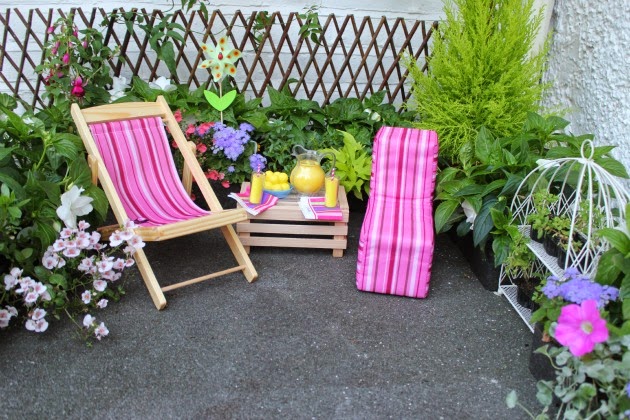 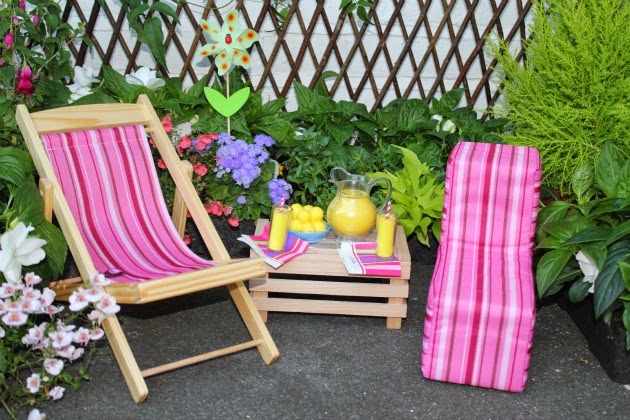 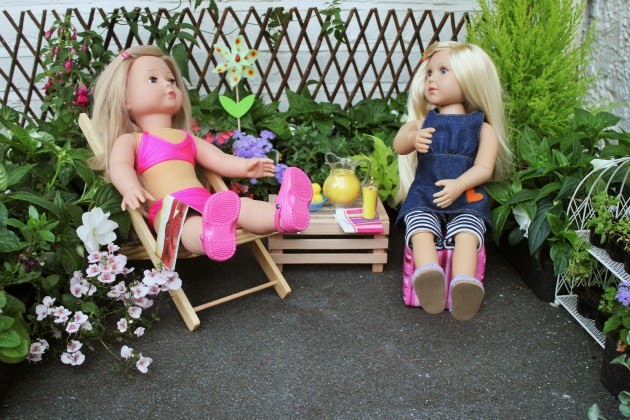 The dolls love the garden and I'm sure will have lots of fun playing in it during the Summer!

The garden came together very quickly and the great thing about it is that it can easily be dismantled and given to our lovely and very helpful neighbour to water from her own back garden when we go away on holiday!

We will keep the containers and see if we can plant the doll garden throughout the year to include flowers in Winter too, perhaps Cyclamen and other hardy flowering plants. This was a great project for my daughter of ten and I to do together and we have something lovely to show for it and enjoy.

If you are inspired to make a doll garden please share your photos with us on Facebook or email them to me at the address on the Contact Us page!