Three little witches set off to 'trick or treat'. They were looking forward to the daylight fading to darkness so the fun could really start.  They didn't have long to wait as British Summertime ended last weekend, so that in fact by 5.30pm it was dark. 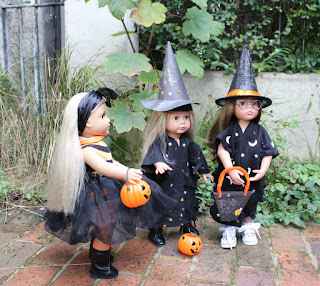 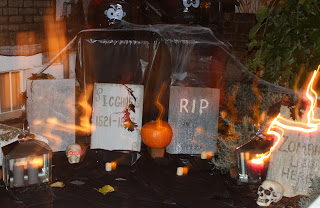 The girls were enjoying themselves, filling up their treat bags and having fun passing people on the streets all dressed up in Halloween costumes.  There was alot of blood, many witches, a few pumpkins, ghosts and skeletons, but nothing really very scary.  That is until they came across a garden that at first seemed inviting.  Pumpkin lanterns had been lit, 'trick or treat' was posted in the window, but as they approached the front door something stopped them in their tracks. 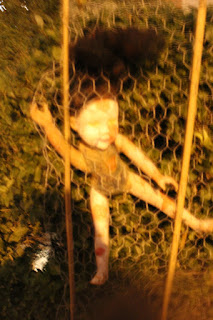 They had to take a closer look. 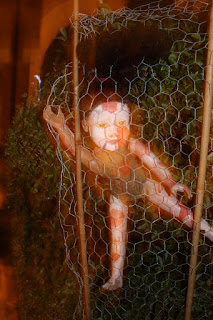 Now they were scared, they were very scared!! The girls could see that a Designa Friend (Journey's Girl) had met her untimely end in this garden.  The girls screamed with fear and ran as fast as they could back to the nearest home, their hearts pounding so hard they thought they would die!!!
So relieved to reach the safety of Clara's house, they slammed door behind them and collapsed in a heap on the floor.  After some time, they realised they were safe and agreed they needed a stiff hot chocolate. However, little did they know that the scariest thing of all awaited them in the kitchen: 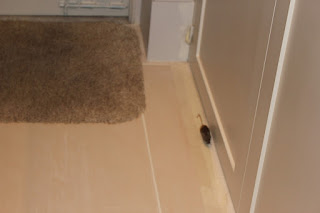