The store will not work correctly in the case when cookies are disabled.
IMPORTANT: ALL CUSTOMERS NEED TO RE-SUBSCRIBE TO OUR NEWSLETTER IMMEDIATELY TO CONTINUE RECEIVING IT. THANK YOU!
Menu
Account
Settings
Language
UK Store View
USD

The Kidz 'n' Cats dolls have been very popular since they were first launched in 2009 as children's play dolls.  They're known for their incredible clothing which is made with great detail and is in miniature how a child might dress. 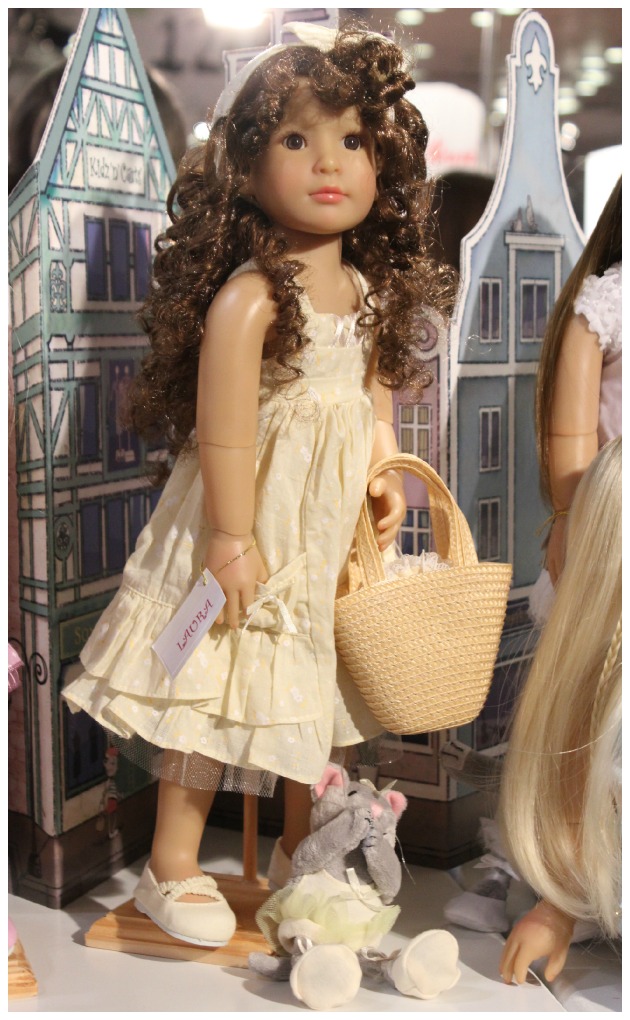 Sonja Hartman, the doll artist whose company With Heart & Soul is responsible for the Kidz 'n' Cats dolls is very particular about the dolls and the clothing has in many cases been printed exclusively for her dolls as it is so difficult to find a pattern so small it looks realistic on the 18" (46cm) Kidz 'n' Cats dolls.

For example, the prints that you can see on each individual fabric that Annika is wearing (above) is the Chinese Hibiscus flower and it had to be printed specially for the collection as no such fabric could be bought with such a small and true print.
The dolls' lifelike poses owe everything to their 11 joints, initially 9 joints in 2009 and 2010. The additional joints are wrist joints.  It means they can stand, tilt their heads, bend their elbows and look like beautiful children at play.
This is Jakob, taking a moment to sit down and relax at the busy New York show. 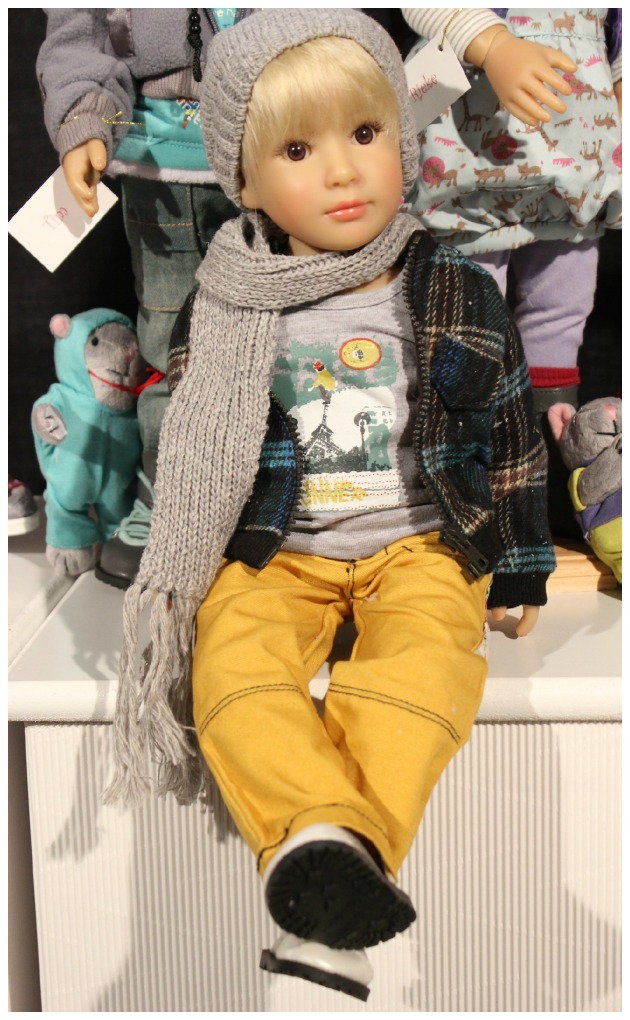 The dolls bear similarities to each other and to those 19 now retired but it's not at all easy to pick out which dolls start from the same face mould so I set about working this out as it seemed there were many moulds but with only very little variation, to my eye. I put the dolls into lines of similar types, some were easy for example Evita has teeth and no other doll this year has teeth!
Similarly, Stine has a more distinctive look and was a group of one doll.  However then, it got a bit tricky as there were so many dolls that looked similar from the remaining line-up.  The rather cute and slightly troubled face of Anne was the group I tried to find members for next. All in all this year there are 4 members:  Anne, Annika, Elise and Rieke.
However, the line up of ungrouped dolls totalled 12 which I arranged and rearranged several times, looking closely at the boy dolls and girl dolls with curly or straight hair still not really sure if I'd got the grouping correct.  It seemed that there were 12 dolls with the same face but with totally unique looks! Here are my findings and I've numbered the photos to show you the 4 face moulds. These photos were taken in New York at the Toy Fair early in 2013.  In box 1 above is Ariane, Princess in Mint and Sabine.  In box 2 is Annika; in box 3 is Stine and in box 4 is Evita.  You can see close ups of these four groupings of face moulds below. 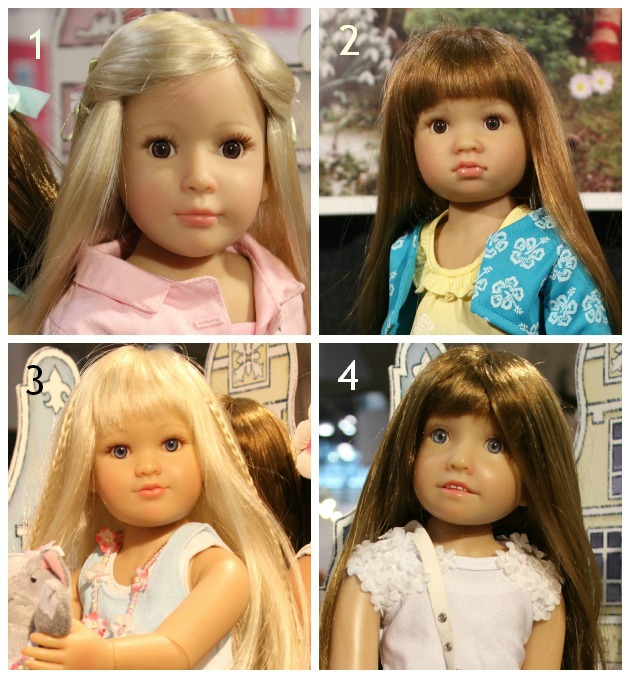 Box 1 is Sabine; 2 is Annika; 3 is Stine and 4 is Evita.  Sonja confirmed that she creates the Kidz 'n' Cats dolls from a collection of 4 unique face moulds she has sculpted, and yes this year there are 12 unique dolls with the same original face mould. This includes the 3 boy dolls:  Alister, Jakob and Tim, as well as Kiki the Hispanic (this is what Sonja called her when I met her, since appearing on websites as Hawaiian) doll and 8 other girl dolls with red, blonde and brunette hair.
Last year was the first year that Sonja Hartmann entered the Kidz 'n' Cats collection into the doll awards arena and she came away with 2 DOTY Awards, this year she collected a further 2 Dolls Awards of Excellence for the Kidz 'n' Cats collection.  Interestingly, all four winners were dolls with face mould 1:  Grace and Laura and, Kiki and Carlotta. Kidz 'n' Cats retired dolls have become sought after now they are no longer made and I'm sure that will happen with these award winners. As it is these dolls sell out regularly from our in stock supply, which is a strong indicator of their future desirability.
If you would like to know more about the dolls from previous years take a look at Faces of Kidz N Cats feature on the My Doll Best Friend's shop website. You will find the names of the retired dolls grouped accordingly and you can see how many have been made over the years from each face mould, as well as when each doll was introduced. If you would like to know more about each individual current 2013 Kidz 'n' Cats doll you will find full descriptions by clicking onto each doll on the shop's Kidz 'n' Cats page.
Please note, the photos and the ideas are copyright protected and can be reproduced with permission only and acknowledgement of the source.
Categories: Brands & Kidz 'n' Cats Dolls